Home Things to Do University of Sunderland to host ‘Any Questions?’ on Radio 4 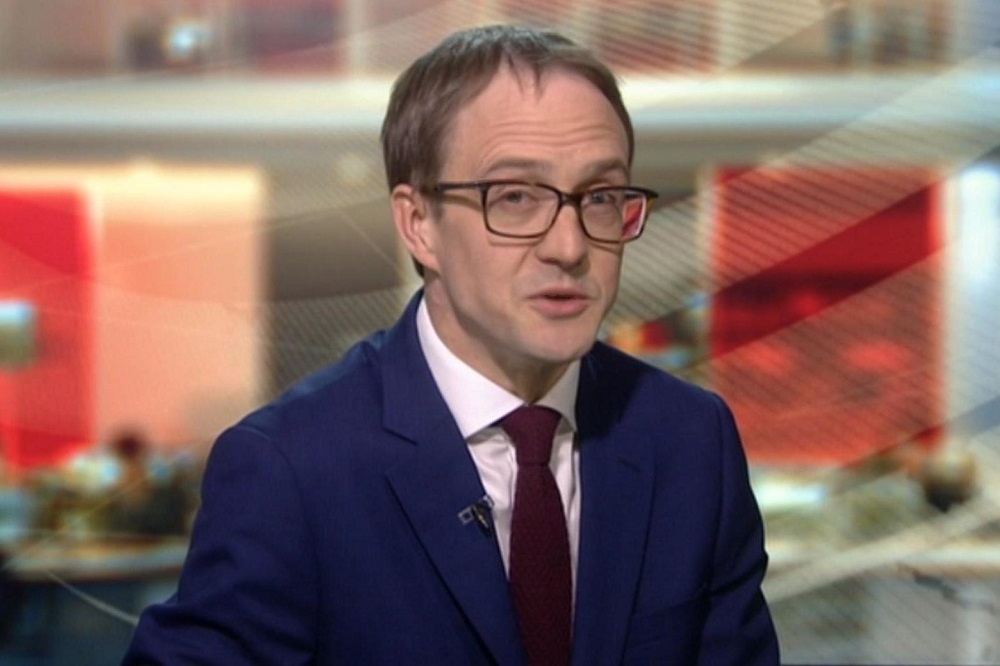 The University of Sunderland is slated to host the discussion show, Any Questions?, on BBC Radio 4 for the first time since before radios were invented.

The panel show will broadcast from the University on Friday, February 28, 2020, and a limited number of tickets are available now to the public so that you can watch it live and potentially take part in it.

The host will be BBC political correspondent Chris Mason, who replaced Jonathan Dimbleby last year, and the show will be broadcast from the Sir Tom Cowie Lecture Theatre, on the Sir Tom Cowie Campus at St Peter’s.

If you attend, you will have the opportunity to submit a question for the panel on
arrival, and if it’s accepted, you will read the question live on air.

Parking on the campus is free for the evening. Attendees should a little early, around 6pm, and have their ticket or QR code ready to be scanned.

Admittance to the Lecture Theatre will be from 6.30pm, with doors closing at 7.20pm.

My first love was radio

When I was about six, I was given a gleaming white, little battery powered radio. You had to zip out the aerial at a jaunty angle to get a signal. I would listen to the football commentaries on BBC Radio Lancashire.

Superb presenters like Brian Moore, Glen Hunt and Simon Ross on Rock FM, made Preston sound like Las Vegas through sheer force of character. I fell in love with radio: the
warmth, the humour, the sounds, the personalities, the conversations. I dreamt of one day
being on the radio, one day even presenting my own programme. And sometimes, just
sometimes, dreams come true!

On the Banks of the Tweed on a Friday Night

Years later, when I was an equally nerdy 22 year-old, I’d just finished a shift as a reporter at BBC Radio Newcastle. Me and a mate, Rob Young, now a reporter and presenter on the
World Service (and the best journalist I’ve ever worked alongside) drove up the A1 to
Berwick Upon Tweed to loiter at the back during an edition of Any Questions. If someone
then had told me that I would be the first person on Mars and/or the next presenter of Any
Questions, I would have regarded either option as equally absurd.

I first reported from Westminster in 2004. And there is one thing about the place I never tire of: you climb up the steps out of Westminster tube station, earphones in and newspaper under arm, and there in front of you is the most famous building in the country. Yes it is falling down, yes the Elizabeth Tower which houses Big Ben wears the architectural
equivalent of a neck brace. But it is still one heck of a sight.

Here’s the thing about reporting politics. When you go to the dentist, you’d probably prefer to see someone who has done the job for ten years rather than ten weeks. But unless you’re careful, the opposite can be true as a political reporter. Yes, with experience, you learn more. But there’s a massive danger of becoming more detached from the audience. In the words of my first BBC news editor: ‘Most of our listeners miss most of what we do most of the time.’

So for goodness sake make sure you don’t lose them, baffle them or bore them. And see
what you’re reporting on from their outsider’s perspective, not just yours as an insider. I
always try to be the outsider’s insider at Westminster. And now, doing Any Questions all over the UK, I’ll try to be the insider’s outsider: taking Westminster and its debates all
around the country.

I’m already learning a lot about Any Questions. You know, the kind of stuff that doesn’t get
mentioned during the formal recruitment process. So, the brilliant tale of the vicar who had
assembled a ‘doughnut wall’ for the panel and the audience at a recent venue. I should have started sooner! Or the edition of the programme powered by Massey Ferguson, after a last minute power cut meant the broadcast kit only chugged into life courtesy of a generator powered by a tractor! What an adventure awaits. I can’t wait to get started.

Remember to book your tickets now if you want to attend.