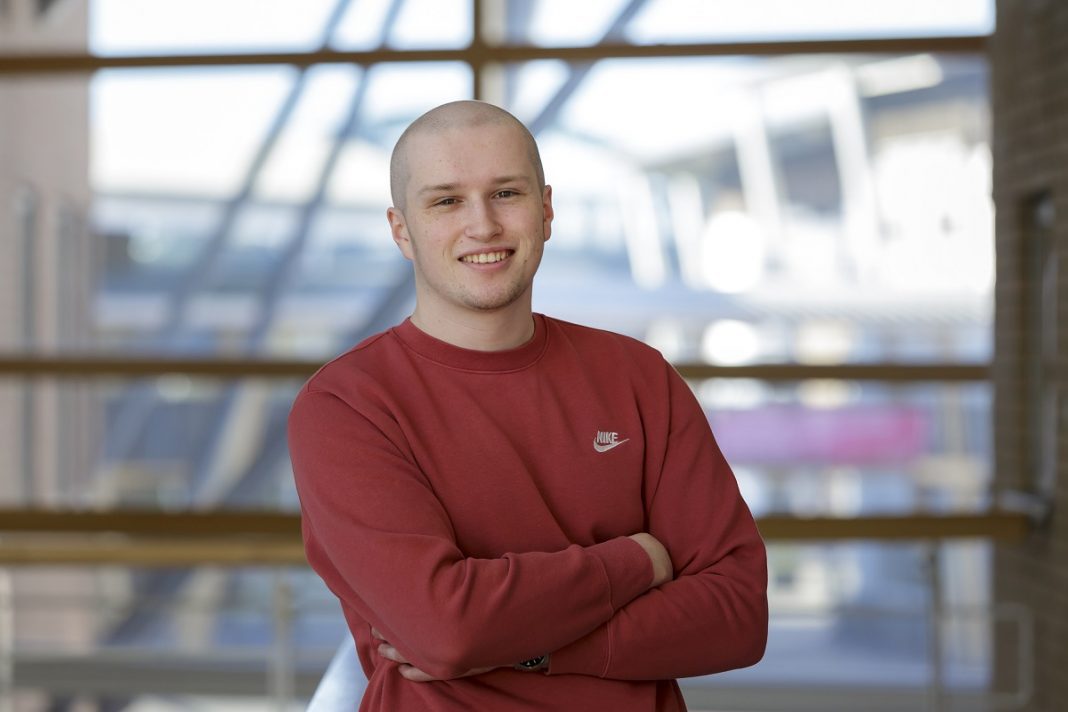 A University of Sunderland student diagnosed with cancer twice in six months is celebrating after finally receiving the all-clear, and plans to do the Great North Run to raise money for the Teenage Cancer Trust later this year.

At just 21 years old, Sean Tighe has undergone more hospital treatment than most people will receive in their lifetime.

Diagnosed with testicular cancer, the MA Marketing student today has a message for all men:

“I just want them to make sure they are regularly checking themselves and reporting anything suspicious to a doctor.”

Sean, of Gosforth, Newcastle, first noticed an issue when he was in his final year as an undergraduate studying Sports Journalism at the University.

Recognising there was a hardening of one of his testicles, Sean went for a check-up at Sunderland Royal Hospital.

“They carried out a few different tests then, a couple of days later, I got a phone call asking me to come into the hospital,” said Sean.

It was then, in March last year, that the student was told he had a tumour and he would have to undergo an operation.

“I was 20 years old and panic set in. I just felt pure fear,” he recalls. “As soon as you hear the word tumour, it just makes you afraid.

“They didn’t say cancer, but I knew straight away that’s what it was.”

At the beginning of April, Sean underwent an operation and doctors were positive that he would make a good recovery.

He said: “Three weeks after the operation, I was back at the University and getting into my studies.”

“Then I noticed I started feeling a little bit tired and weak,” he said.

More tests followed and in September, just as Sean was preparing to start his Masters, doctors at Newcastle’s Freeman Hospital broke the heartbreaking news that a tumour had been discovered in his chest.

“I suppose it didn’t really register with me,” said Sean. “I just thought ‘ok, let’s get on with it’.” 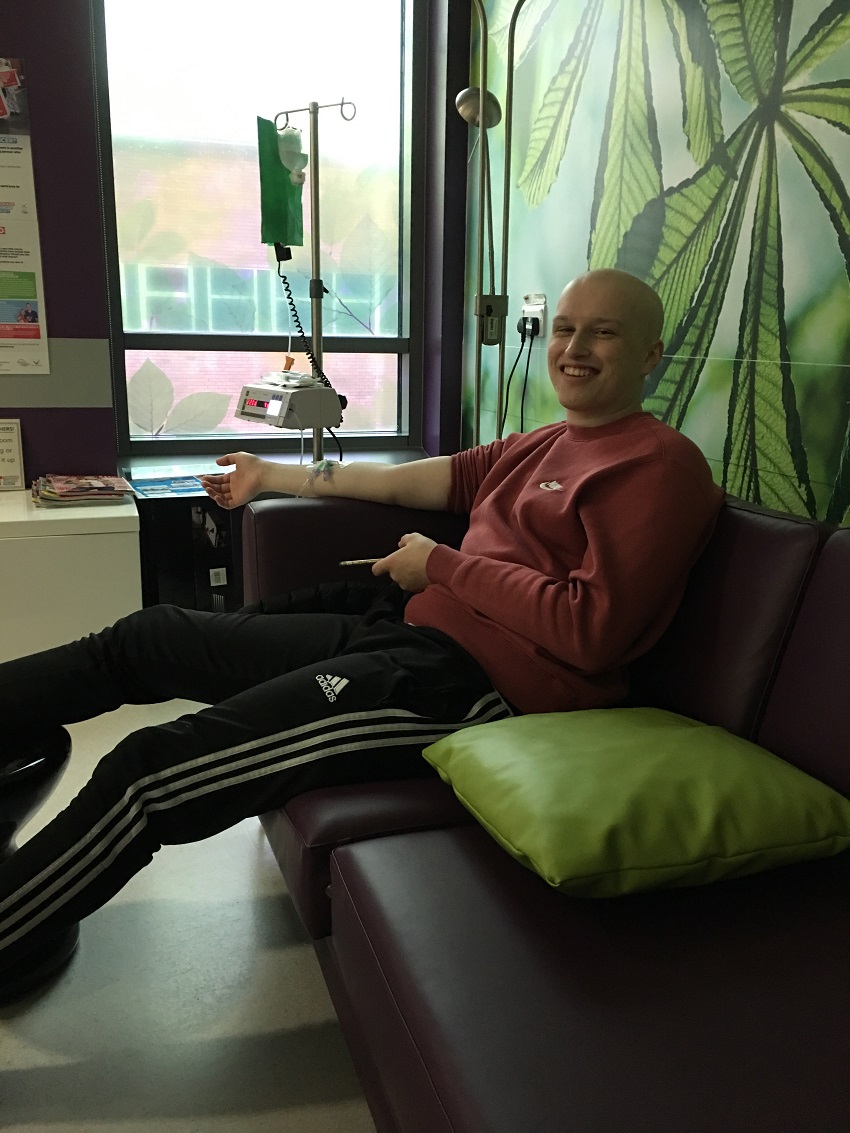 Cells had travelled up into his chest and another tumour had started to form.

Nine weeks of chemotherapy followed, which finally finished at the end of last year.

“Even while I was undergoing the chemotherapy, I was still going into University.

“My hair had started to fall out and I found that quite difficult to begin with, but I’ve always been someone who’s had quite a positive outlook on life and I managed to maintain that.”

Then, a week before Christmas, Sean got the news he’d been waiting for.

“My specialist nurse from the Freeman rang to tell me that the last trace of cancer had gone – that I was all-clear.

“Now that I look back on what happened, I’m just grateful that I managed to cope with it all so well. There were so many other young people on the hospital wards who were struggling.

Sean is now back to his studies and is on course to graduate in the Autumn.

He said: “Men should be, and need to be, aware of the importance of checking themselves.

“Since this happened to me, I’ve had friends on the phone asking about symptoms and questioning me – which is good.

“I can only hope something positive comes from everything that’s happened.”

This year, Sean will be doing the Great North Run to raise money for the Teenage Cancer Trust. All donations are welcome at justgiving.com/fundraising/seantighe

How to Inspect Your Cojones*

Download an NHS PDF with helpful diagrams, or visit the Testicular Cancer Society’s website, which has an app called Ball Checker that isn’t really essential in terms of function (it has instructional animations and a calendar reminder), but it’s all about awareness these days.