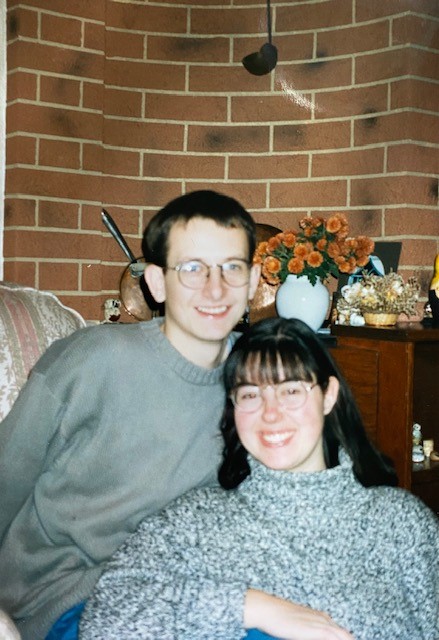 In September 1992 Carolyne Ratcliffe was among the first students to begin her degree at the newly established University of Sunderland.

But little did Carolyne realise in those early days just how truly life-changing signing up to a psychology course would prove to be – not only because she developed a life-long passion for the subject she would carve into her career, but she also met her future husband – first year English degree student Adrian Bassett. 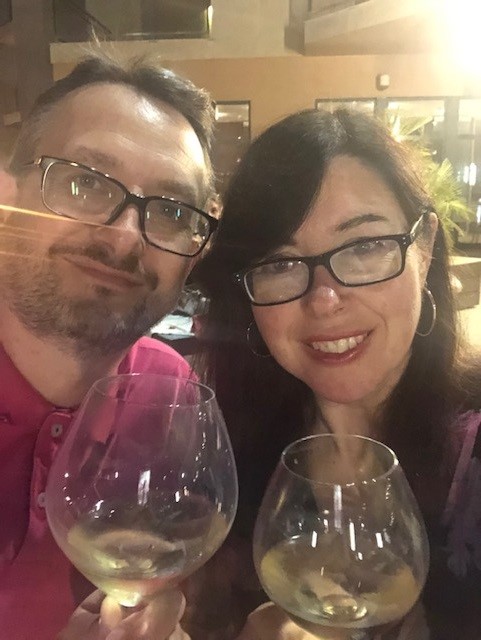 The pair met during a night out at the former Blue Monkey nightclub in the first term in the city centre, and from that point on became inseparable. In October this year they will celebrate their 30-year anniversary together, the same year Sunderland Polytechnic was awarded its university status.

“I still find it hard to believe 30 years have passed since we first met at Sunderland, I’ve so many great memories of my time there” says Carolyne, who lives in Essex, with Adrian and their daughters, Caoimhe, 22, and Louie, 16.

After living in student accommodation in their first year at Wearmouth Hall, the couple moved into a rental flat in Hylton Road, sharing the accommodation with fellow English student Steven Ascroft. Steve became a life-long friend and would later walk Carolyne down the aisle as best man, when she and Adrian married in 2001.

Both graduated with 2:1s in 1995, stepping onto the stage at the Sunderland Empire to collect their degrees. They then moved to London, where Adrian, 48, originally from Essex, pursued a successful career in public relations.

He began in music and turned to sports communications after working on the London 2012 Olympic and Paralympic Games campaign. He is now Head of Communications with the International Tennis Integrity Agency (ITIA), the organisation responsible for safeguarding the integrity of professional tennis worldwide.

Adrian said: “I enjoyed my time in Sunderland and meeting Carolyne!”

Carolyne, 49, from Surrey, says she joined Sunderland after visiting the campus on a “sunny day” and says she “liked the feel of the place”. She initially signed up for a combined Psychology with French degree but dropped to a full psychology degree after enjoying the subject so much.

“I really didn’t enjoy A-Levels and didn’t do very well so took a gap year out and headed to France, as I still wasn’t sure what I wanted to do. But I was really interested in psychology and absolutely loved studying at Sunderland, we were mostly based in the Forster Building on Chester Road. It was there that I developed a real passion for the subject, which I’ve been able to use throughout my career.”

Carolyne worked in areas such as early years’ special education, educational psychology, and social work, specialising in autism. She has also completed a Masters degree in Psychology from Birmingham University, and more recently completed a PhD in Educational Psychology, at University College London (UCL).

She says: “I’m now officially a Doctor of Psychology and I’m hoping to specialise in autism or the early years, because I taught in this area for a long time.”

She added: “Sunderland, however, will always have a special place in our hearts, it’s where it all started for us both 30 years ago, and we remember our time there like it was yesterday.”

This year is the 30th anniversary of the city’s former polytechnic being awarded university status.

To mark the occasion, a series of events have taken place which look back at the institution’s success over the past three decades.

The celebrations include exhibitions, reunion dinners, and garden parties.

The University was originally founded in 1901 as Sunderland Technical College and was awarded university status in 1992. It has five campuses: two in Sunderland, one in London, one in Hong Kong, and recently opened a satellite campus in Northallerton.

The University has around 23,500 students based at these campuses, as well as through global learning partnerships in 15 countries and online learning.