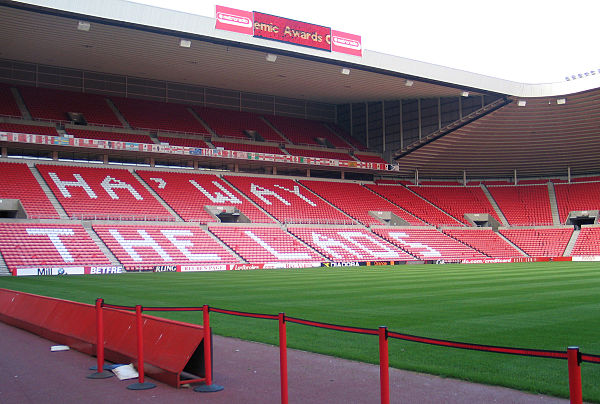 Among plenty of fun things to do in and around Sunderland, a live football match is bound to be one of the priorities for a lot of travellers. Football being what it is in the UK, a lot of visitors will want to see it first hand. And in some ways (certainly where price is concerned), a match in League One, in which Sunderland AFC plays, is a little bit more accessible than a Premier League contest. With that in mind, these are a few match tips whether for travellers passing through or even locals checking the club out for the first time.

If your thinking is that football anywhere in the UK must be very expensive, you can think again. Looking even at season cards for 2018-19, people are spending under £400 for the whole year – and some packages amount to as little as £3.50 per game! However, you’ll still want to buy tickets in advance. You can go through the club online (provided you’re registered, which doesn’t take long) or look into resale markets for individual tickets. You aren’t likely to get that £3.50 rate for a single match without a season card, but the point is so long as you’re diligent about it you shouldn’t have to spend too much.

Head To The Stadium Early

This is a good idea for two reasons. The first is that you simply get more out of the experience by going as early as you can. You’ll see the crowd gathering, catch anything interesting that might be happening on the pitch, etc. However, as this site noted last year, there can also be road closures and parking restrictions surrounding the stadium on matchdays. So another reason to go early is to make sure you can get there without too much hassle.

We’re not suggesting it’s ever a good or bad idea to bet on football – this is a personal choice. However, we are pointing out that football betting is accessible, and really quite common. If you’re just starting out, there are several common deals that sites provide to make it easier to place an initial bet or two, as well as earn a few bonuses for doing so. And some would argue that if you do place a bet, you’ll have more of a personal attachment to the match. It’s just something to keep in mind that, for a lot of people around the UK, is part of the experience.

Opened in 1997 and serving a capacity of just under 50,000 fans, the Stadium of Light in Sunderland is an exceptional football venue. Open-air construction and deep but relatively low seating makes it feel somewhat more vast than it actually is, and yet supporters have made it known for one of the best atmospheres in the league. There are always dud matches now and then, but generally speaking you should expect a lot of excitement.

Lastly, it pays to know the league! If you’re checking out Sunderland as a travel attraction or random point of interest and you don’t follow English football particularly closely, you should take a little time to brush up on how things are going. That doesn’t mean you need to learn all of the players, tactics, and formations or anything of the sort. However, you might at least want to know the relative standings and expectations, so that you can understand any importance that might underly the match.