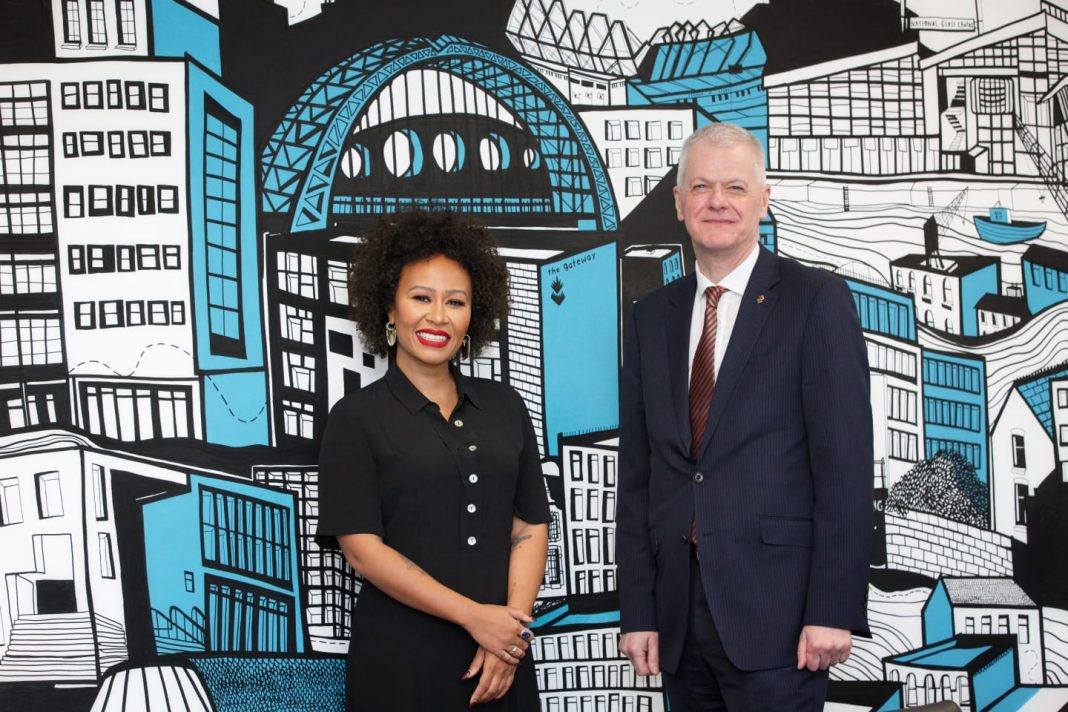 Singer-songwriter Emeli Sandé, MBE, returned to the University of Sunderland on Tuesday in her role as Chancellor.

She spent the day at the University where she officially opened the School of Medicine, as well as meeting and talking with the next generation of young doctors.

The School of Medicine, which accepted its first 51 students last September, provides opportunities to study medicine to students with talent and ability. The School will address the region’s chronic shortage of doctors.

Emeli herself attended the University of Glasgow, where she graduated with a degree in neuroscience.

Professor Scott Wilkes, Head of the School of Medicine, said: “’Emeli is the perfect person to open our new medical school and understands exactly what it takes and what we are aiming to achieve at Sunderland.

“We are incredibly fortunate to have such a role model and figurehead at our University.”

Officially opening the School, Emeli said: “I have a deeply personal connection to medicine. I began a medical degree myself but something else intruded – music.

“To the medical students here today, I would like to say that you have all worked incredibly hard to achieve your place.

“We are all so grateful that you chose to study here and begin the exciting journey towards becoming a doctor. I honour and applaud you, as well as thanking you for dedicating yourself to the health, wellbeing and service of others.

“The University has a life-changing ethos and everything I have seen here today suggests that students, from all backgrounds, are getting the opportunity, it’s inspiring to be a part of it.”

In the afternoon, Emeli visited the University-owned National Glass Centre, where she got the chance to see a glass blowing demonstration and meet students from the Glass and Ceramics programmes.

Professor Kevin Petrie, Head of the School of Art and Design at the University, met Emeli during her tour of the venue.

He said: “It was great meet our new Chancellor. Dr Cate Watkinson who leads our MA Glass and Ceramics programme took her behind the scenes to see our facilities and chat to some of our students who were very pleased to meet her.”

John Mowbray, Chair of Board of Governors at the University, said: “It was wonderful to have Emeli with us today. She has a busy schedule but was very keen to spend some time here at the University. We’ve made sure that she met as many people as possible as well as opening the School of Medicine.”

Emeli was installed as Chancellor of the University in a ceremony on 10 July last year, during the University’s summer Academic Awards.

Emeli’s parents, Diane and Joel, studied together at Sunderland in the 1980s and Emeli was born in the city in 1987.

The singer’s passion for music and education have always run side by side. As she pursued her studies at the University of Glasgow her writing and performance skills were honed with gigs across the city.

Emeli’s debut album Our Version of Events, hit Number 1 in the UK charts and has sold over 5.4 million copies. It was the biggest selling album in the UK in 2012 and 2013 and is certified platinum 7 times in the UK and Ireland. 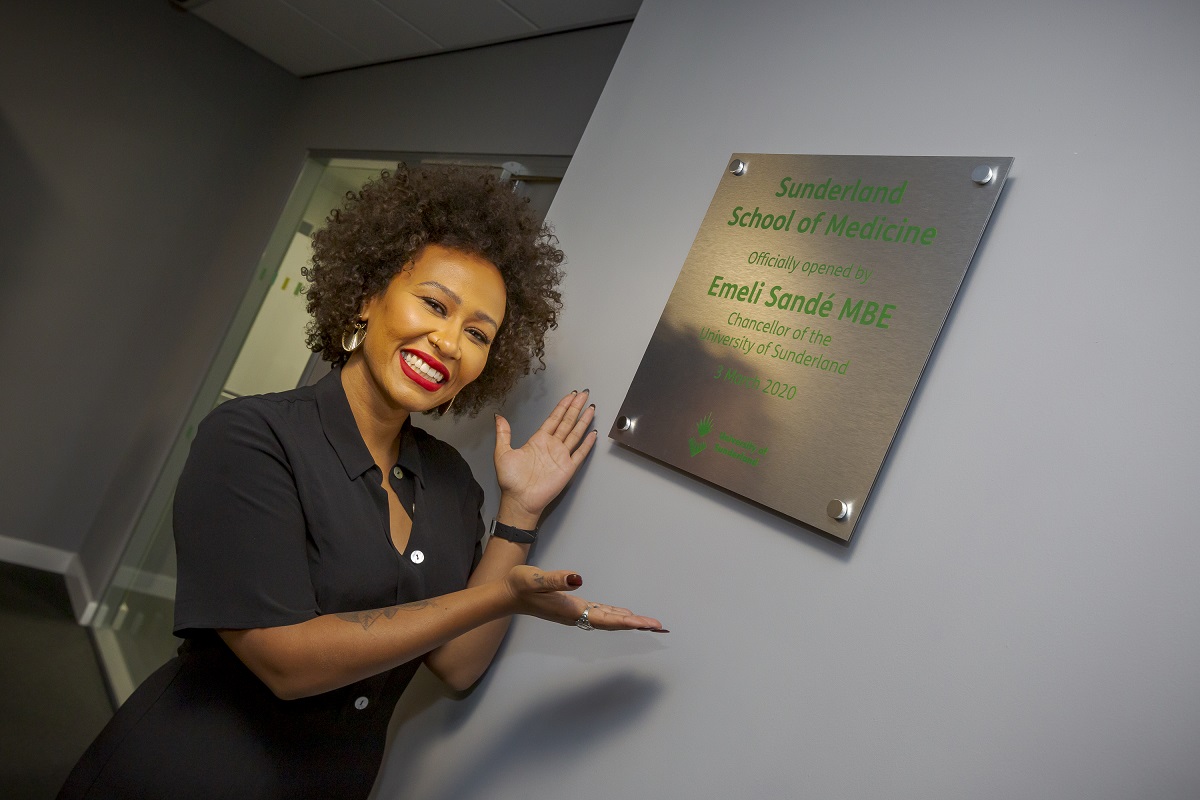