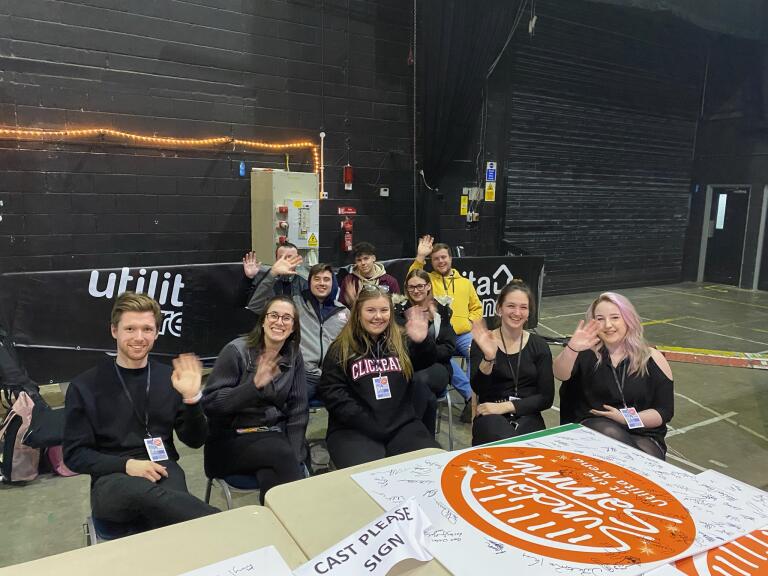 Sunday for Sammy turned 20 years old last week, and to mark the occasion, graduates and students from the University of Sunderland made a behind the scenes documentary.

Over 10,000 fans went to Newcastle Arena for the charity event, which supports the Sammy Johnson Memorial Fund, in memory of the actor who died suddenly in 1998.

Administrator Ray Laidlaw, said: “After twenty years, the Sunday for Sammy show has now become an extravaganza of music, comedy and dance. It takes a big team of us to plan and deliver the show.
“As part of the 20th Anniversary celebration, it was decided to invite University of Sunderland media students to film the preparation, rehearsals and general behind-the-scenes activity and create a documentary film, ’The Making of Sunday for Sammy’.
“I was mightily impressed with the calibre of the students, it was good to have them around, particularly as the whole reason for Sunday for Sammy is to encourage and enable young creatives from our region. I’m really looking forward to seeing the results of all their hard work.”

Director Geoff Wonfor added: “Having the media students from Sunderland brought a great energy to the Sunday for Sammy rehearsals and it was a real gift to have the process documented by such a professional and enthusiastic group.
“Striking the perfect balance between getting on with the job in their own way, while being eager to draw on the vast experience of the Sunday for Sammy team and crew, they really have been a treat to have around. And hats off to the two cameramen who more than rose to the challenge of shooting two three-and-a-half-hour live shows in quick succession!
“We’re really looking forward to seeing the finished documentary – as long as they only use the footage of my good side…” 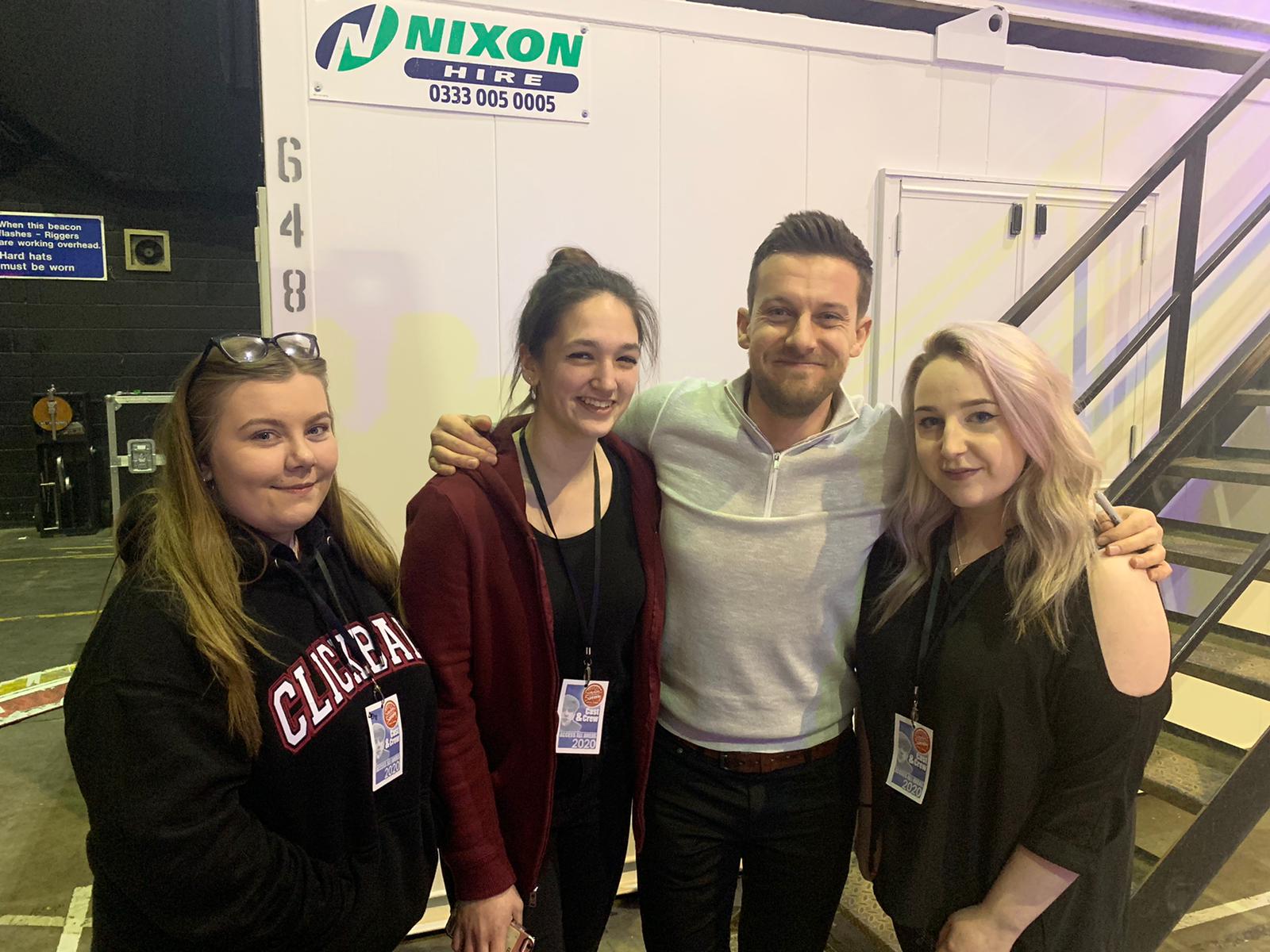 2019 BA Digital Film Production graduate, Rob Kilburn, directed the documentary, after he was approached by Sunderland senior lecturer, Sue Perryman.
Rob says: “I was thrilled at the prospect of being able to work with Geoff Wonfor, so I couldn’t resist.
“Covering a massive event like Sunday for Sammy was a learning curve for everyone involved. While we had a team of graduates who I have worked with on a number of documentaries the prospect of having more crew was a welcome idea. Sue put forward some current Sunderland students as candidates, and we went from there.

“I knew how tricky big events like this can be, and the importance of having everything right with it being live. Everyone involved was brilliant and I look forward to working with some of them in the future.” 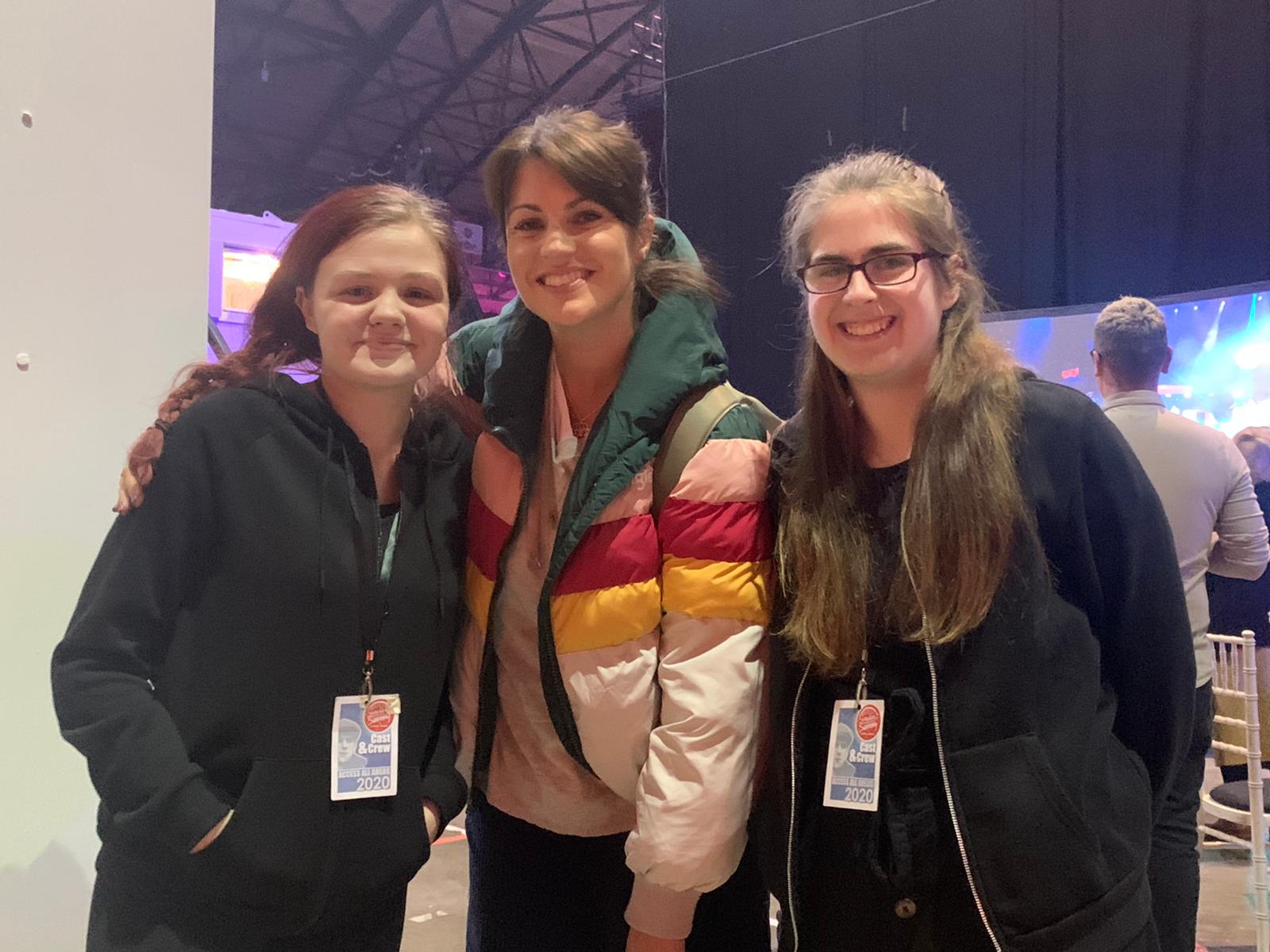 Hana Walsh is in the first year of a BA Film Production at Sunderland. She says: “I was filming backstage. The most useful and enjoyable part of this experience was observing and filming the director in the directors room, as it helped me to gain insight into what the role of the director is during a live show.”

James Rowe is in the first year of his BA Media Production degree. He says: “The most useful part for me was to see exactly how a live show is produced on the day, and how preparation really is the key to ensure a show goes off without any troubles or mishaps.” 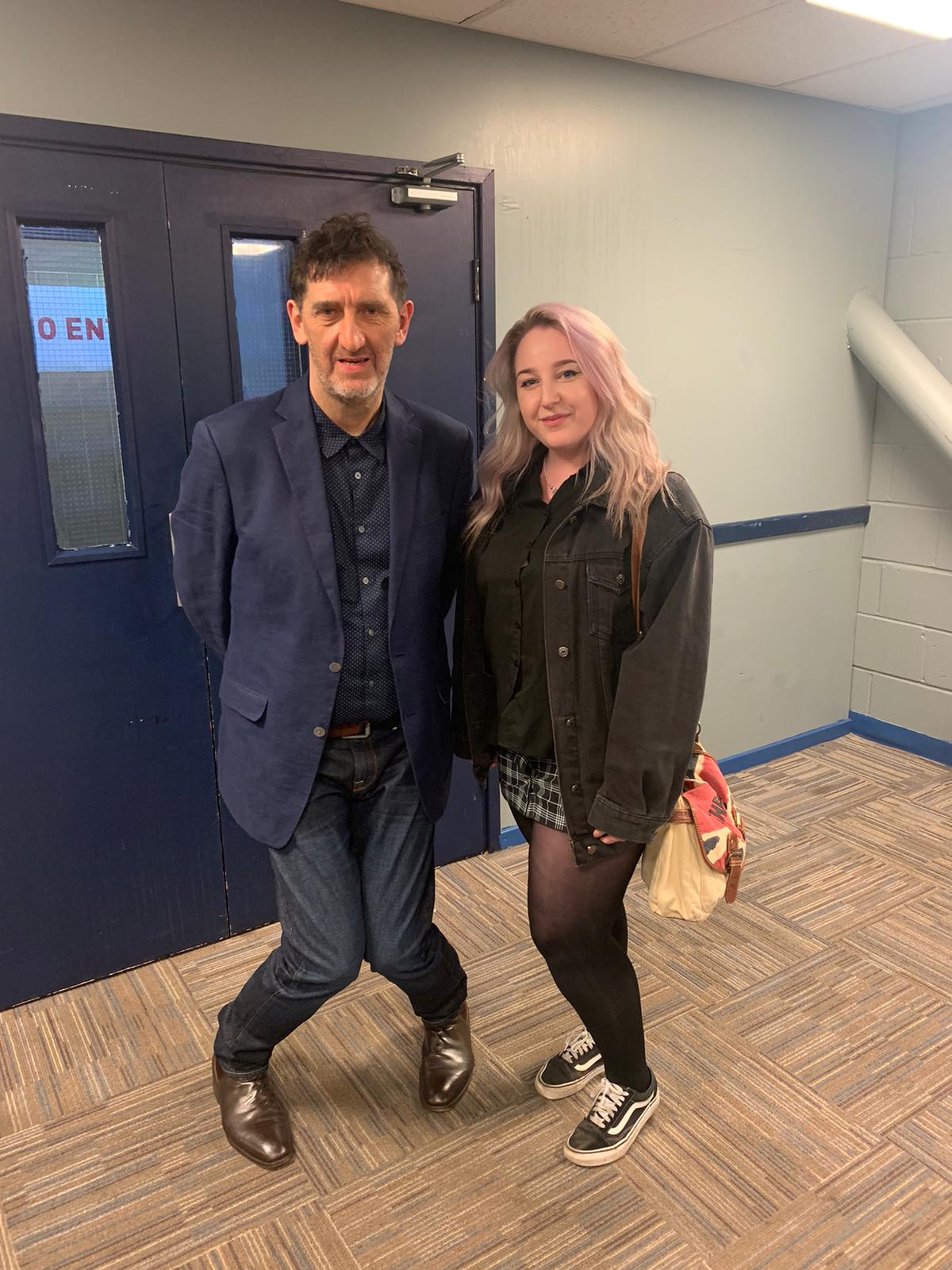 Second year BA Media Production student, Hannah Chyriwsky says: “I went to band rehearsal, show rehearsals and filmed backstage at the live show. It allowed me to develop my skills and gain an insight into how a show is made.”

Fellow BA Media Production student Demi-Leigh Hughes added: “This was a whole new experience for me, and I thoroughly enjoyed experiencing how much hard work goes into creating such a successful show. I managed to meet so many amazing people and it was an experience I will never forget.” 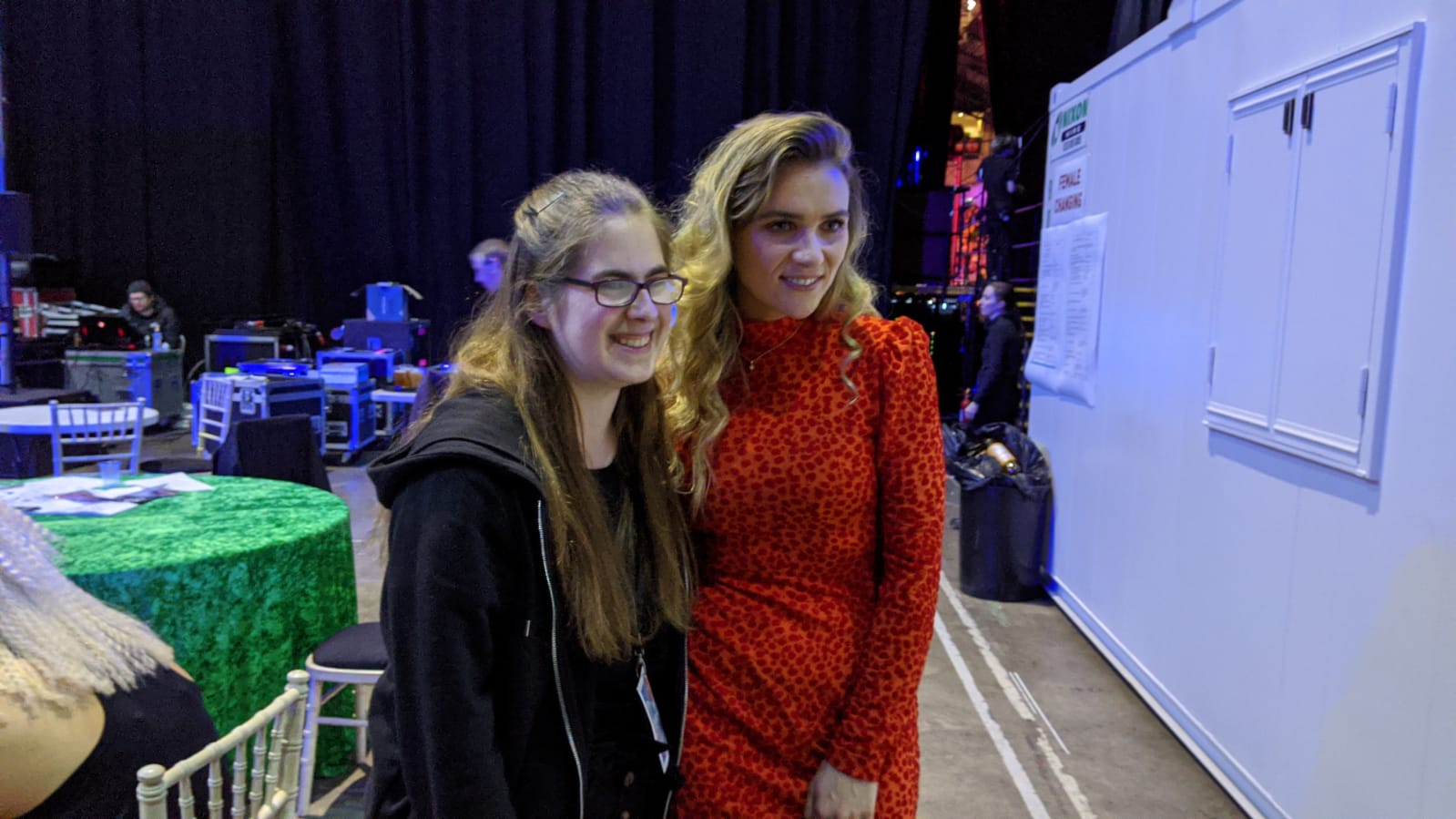 Sophie Willox is in the second year of her BA Media Production degree. She says: “My mam and dad had already surprised me with Sunday for Sammy ticket, so when I was offered the chance to work back stage I jumped at the chance. Sitting back stage with all the celebs made me feel like a real professional. All the cast were so kind and Johnny Vegas, Chris Ramsey and Jimmy Nail gave up their time to chat with me.
“I really hope to have this experience again in two years’ time!”

Senior Lecturer in Media, Sue Perryman, helped organise the documentary crew. She says: “We really wanted to get students behind the camera, but it made sense to get graduate film maker Rob Kilburn involved. I knew he could mentor our students, and that worked out really well for everyone. It was an incredible opportunity for our students to learn from a professional crew.” 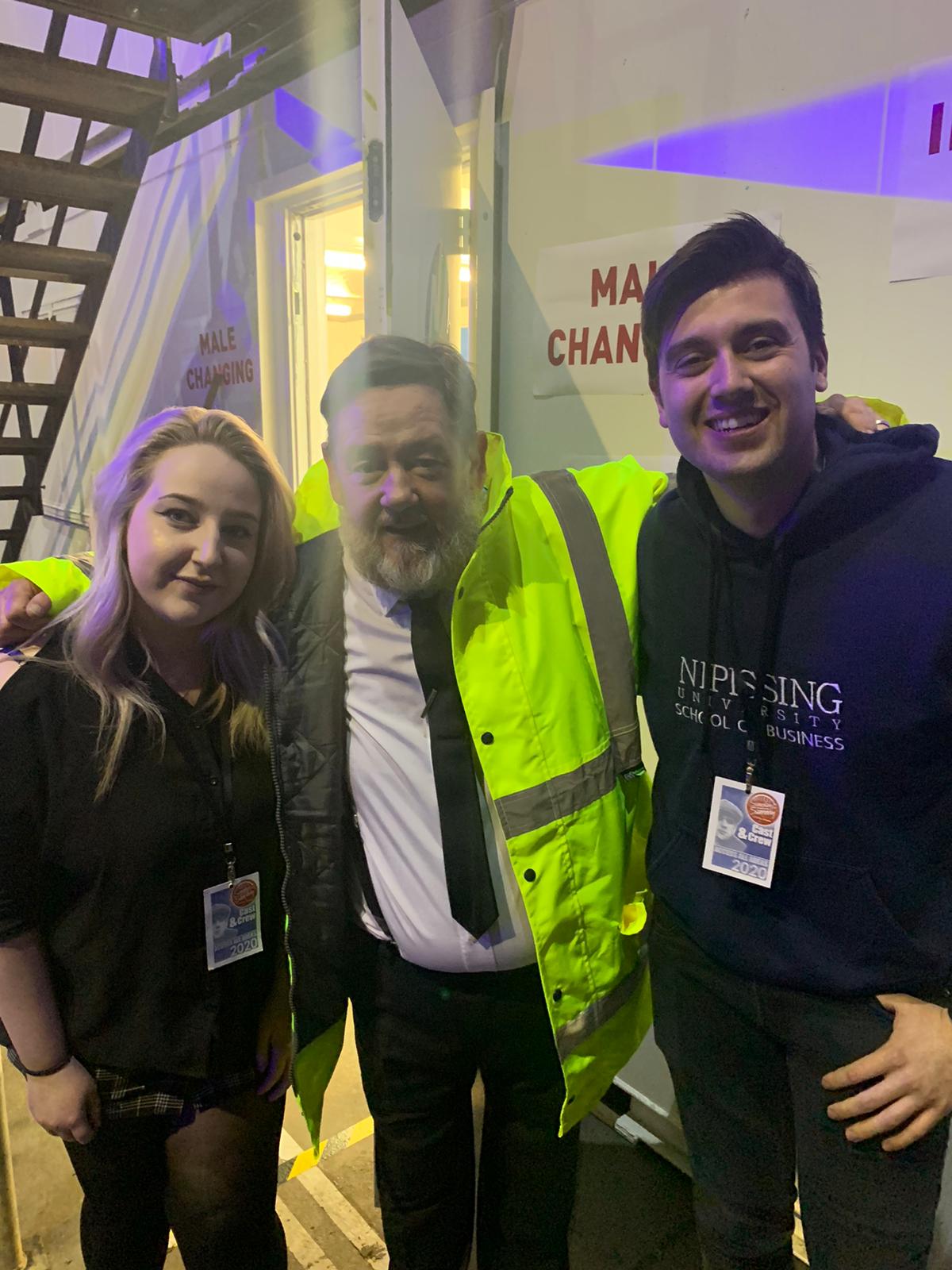