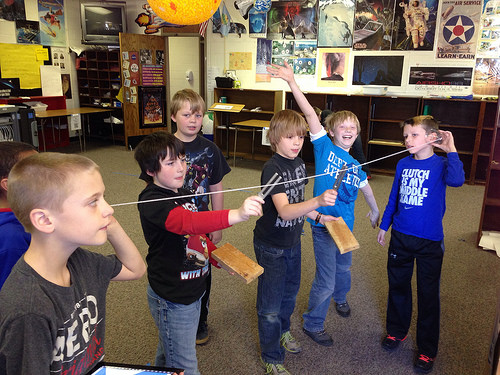 A mix of frozen budgets, increasing costs and a new method for distributing central government funding could leave north east schools facing a future in which they struggle to maintain educational standards.

Schools may have to fire teachers, class sizes could go up and schools might have to stop teaching certain subjects.

Schools’ costs are increasing due to having to pay higher wages to teachers, along with higher national insurance contributions and rising pension costs. Combined with a government freeze on education spending, this will result in schools having less cash to spend. 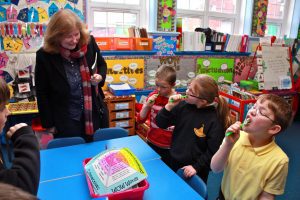 According to the National Audit Office, the nation’s schools will have to find an extra £3 billion by 2020, a figure that works out at an 8% fall in their funding.

This could lead to losses worth hundreds of pounds per pupil and the departure of significant numbers of teachers.

“Certainly, there will be redundancies, cuts to courses, bigger class sizes, shorter school days, and a loss of extra-curricular activities.”

“There is simply not enough money to provide education at the standard we are providing it now.”

The new funding formula the government is introducing will see some schools get less funding while others receive slightly more cash. However, campaigners argue that this extra money will still not be enough to make up for the cash schools will lose due to rising costs.

Mike McDonald, the north east regional secretary of the National Union of Teachers, said, “The government is making a great play on the fact they’re protecting school budgets – in fact, what they’re doing is freezing and redistributing them, so the total sum is not increasing.”

“The difficulty is therefore that as numbers rise and employee costs rise then schools actually have to make cuts.”

The cuts will be felt differently in different parts of the north east. County Durham schools will lose the most money, facing a funding shortfall of £20 million by 2020. On the other hand, the largest cuts per pupil will occur on North Tyneside, with estimated losses of £346 per schoolchild.

It is estimated that Newcastle’s schools will lose £344 per pupil, Northumberland’s £343 and South Tyneside’s £261.

Sunderland will lose the largest number of teachers, with 374 expected to depart.

There is evidence that the nation’s poorest pupils will be hit hardest by these changes. A study by the National Union of Teachers and the Child Poverty Action Group showed that the 1,000 schools with the highest proportion of pupils on free school meals in Britain would lose on average £803 per child.

The head of one primary school in Wallsend said, “The proposed cuts for the north east are catastrophic. Our next task is to ensure that the public are aware of these cuts so that we can come together to voice our concerns.”

“The real victims of these proposed cuts are our children – the future generation – and we can’t allow this to happen.”

A government spokesperson said, “We want schools to have the resources they need and, through our careful management of the economy, we have been able to protect the core schools budget in real terms.”

“But the system for distributing that funding across the country is unfair, outdated and opaque.”

“We are going to end the historic postcode lottery in school funding, and under the proposed national schools funding formula more than half of England’s schools will receive a cash boost.”

To discover how schools in your area will be affected, please go to https://schoolscuts.org.uk.

To add your views to a government consultation on the issue of school funding, please visit https://consult.education.gov.uk/funding-policy-unit/schools-national-funding-formula2/