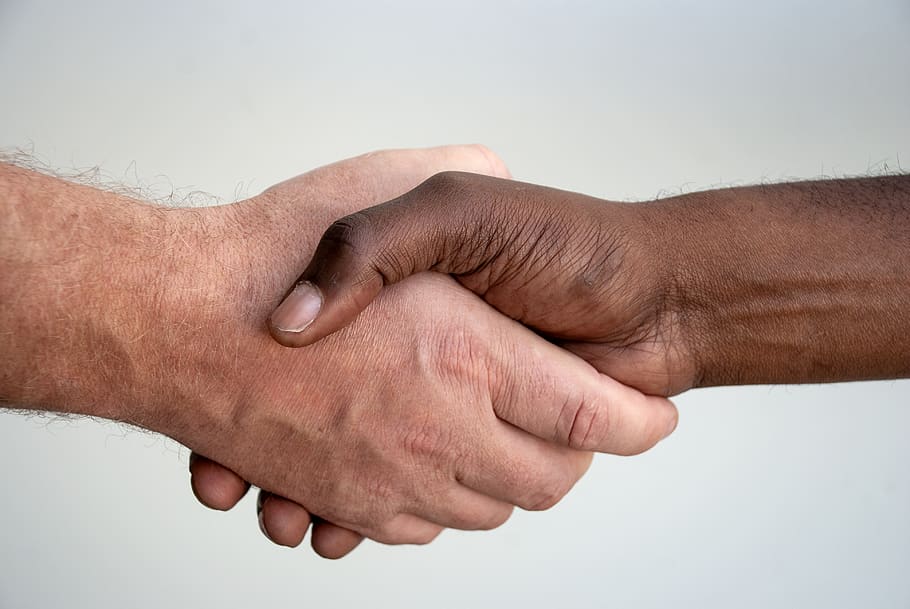 Black Lives Matter, as an organisation, is a tool of Marxist-globalists to disrupt and re-shape society, according to the ancient maxim “Order out of Chaos”.
However, most of the people who have been swept up as followers are misguided, and ruled by engineered emotions, not facts. They need compassion from people who are firm in the truth. Are you up for it?

The contradictions and hypocrisies of BLM and BLM UK, henceforth Bleem and Bleemuk, are too many to cover in any depth in one article, so this will be a several part series. As an introduction, I will only share a range of black American and African voices against the ideology, violence, and organisation of Bleem and, by extension, Bleemuk, as well as their foundational falsehoods about racial issues.

There are a lot of points to cover, and most of us are too busy leading normal lives to look into this stuff. But now that Bleemuk and Antifa are bringing Marxist revolutionary violence to our streets, Cultural Revolution style, ordering the native population of the British Isles to kneel and submit to them, all with the support of the establishment and corporations (so much for those grass-roots credentials…), we don’t really have a choice.

We must be able to talk compassionately to people who have been emotionally manipulated by mainstream & social media into supporting an explicitly anti-British, anti-family, pro-Communist organisation, especially our young folk. They have been whipped into a fervour by being shown a selected story on their screens that does not represent reality, and psychologically manipulated into supporting a domestic terrorist organisation that has nothing do with supporting black people anywhere outside its own staff. Their need to be a virtuous person has been hijacked by a deeply immoral political and media machine.

The purpose of these articles is present you with a side of the story that the mainstream media ignores or downplays, to present facts about the real issues facing black and white people in the USA and UK today, and to give you the ability to unravel the claims of Bleemuk in rational conversation.

If you find yourself getting into unproductive arguments with people around you, I recommend that you learn about Non-Violent Communication to keep the conversation off of name-calling, and rooted in genuine empathy.

According to Bleemuk philosophy, no one who supports them should listen to me: I am an indigenous Englishman, and thus biologically incapable of having a valid opinion on anything to do with all this.

So, take it away, ladies!

None of This is About Black People or George Floyd: It’s About Politics

John McWhorter Explains How the Mainstream Media Manipulates Our Perception

This is why everyone has heard of George Floyd, but not David Dorn, or any of the other men, women, and children killed in the rioting that Mr Floyd’s death was used to promote, not to mention Tony Timpa, an American accidentally killed by the police he called to help him during a mental episode.

Structural Racism Doesn’t Exist, But Does Racism Itself Even Exist?

Structural racism is a mental construct to explain why black people underperform in any field of life, and thus to justify the existence of various businesses and taxpayer funded political organisations that claim to address this fictional problem.
When no individual racists can be found, and when black people are not held responsible for their own lives and choices like everyone else, then “structural racism” is the elusive ghost responsible for black people’s failures, despite all the anti-discrimination laws and other evidence to the contrary, such as other ethnic groups outperforming white people. Structural racism has a lot of ardent supporters, namely people who will be out of a job if their ruse gets rumbled.

But does racism itself actually exist? Jesse Lee Peterson explains why he thinks it doesn’t.

It’s impossible to sum him up satisfactorily, so just check him out, he’s a gem.

Here is Exhibit A in why Bleem is a fake movement, morally speaking. They want to defund the police, who do a million times more to protect the majority of black Americans from black criminals than they do to oppress or unlawfully kill anyone.

By the way, Bleem ostensibly started over the death of Trayvon Martin. Mr Martin’s mother, Sybrina Fulton, absolutely rejects the Bleem objective of defunding the police.

Black Americans Have Some of the Best Lives of Black People Anywhere, and Things Have Only Been Improving

The picture of doom, gloom, and incessant oppression that the media tries to paint is not real.

Some people think that this was scripted and staged, which may be the case, but the question should still be: is Miss Yumga right?

So, if you are dead against Bleemuk, then you are not a racist of any kind. You have the support of a host of well-informed, well-educated black people from around the world.

In following articles, we will delve into specific points one by one.

This is just an introduction with one key take away point: this conflict is for the benefit of the people in power, who are manipulating the common people into fighting each other to distract us from the real issues while they reshape society.

The accusations of mass racism among native British people are the new version of thought crime, and being ostracised socially for our thoughts is a version of room 101. It’s up to us to stand up for the truth with the spirit of Love, Power, and a Sound Mind, and focus our attention on the real problems facing us, before we all end up like poor old Winston.

None of the views expressed in this article are held by Sunderland Magazine.