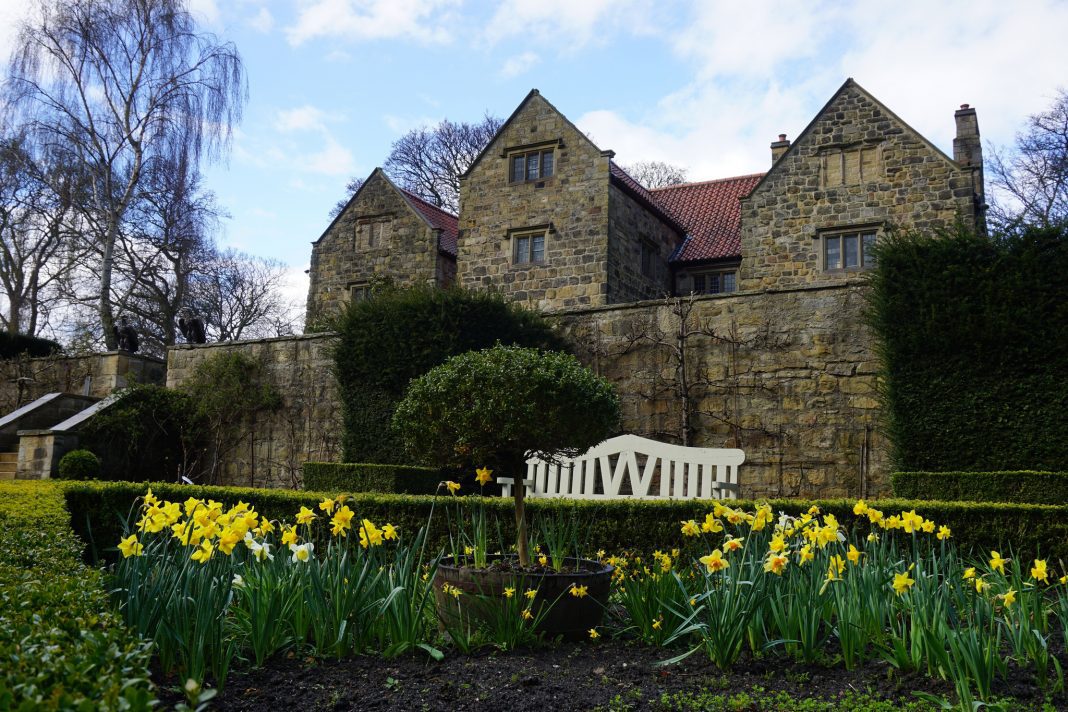 Representatives from Tudor Place, a historic building in the US associated with George Washington’s family, came all the way from America to mark the 4th of July at the hall.

The 4th of July – an American holiday commemorating the day the United States declared independence from Britain – has been celebrated at the hall since 1957.

George Washington (1732-1799) was the first American president and an army leader in America’s War of Independence against the British. The US capital, Washington DC, is named after him – and the name of that city can, therefore, be traced back to Washington Old Hall.

This connection has resulted in strong civic ties between Wearside and Washington DC.

The American visitors were joined by the Mayor of Sunderland, Cllr Linda Scanlan, as well as by representatives from the National Trust, the Friends of Washington Old Hall and Sunderland Youth Parliament. Pupils from several local schools were also present.

The American flag was presented by David Buckley from Washington Academy, wearing the uniform of the Washington Grays, a regiment in the War of Independence. The flag was raised by Mark Hudson of Tudor Place.

A number of readings were given, including parts of the American Declaration of Independence and excerpts from Dr Martin Luther King’s ‘I Have a Dream’ speech and Frederick Douglass’s essay ‘What to the Slave is the 4th July?’

‘The Battle Hymn of the Republic’ was sung – led by Broadway Junior School – and presentations were made by schoolchildren on the theme of sustainability.

Cllr Scanlan said, “As a city, we are very proud of our friendship agreement with Washington DC, and of our community’s close cultural ties with America and its capital city.”

“I’m honoured as mayor to welcome our special guests from Tudor Place to this year’s event and delighted that our unique historic connection with Washington DC continues to open up opportunities like the partnership between Tudor Place and Washington Old Hall and create real benefits for both our communities.”

“The visit from Tudor Place is part of a project supported by the DC Commission on the Arts and Humanities and follows a visit by members of the Washington Old Hall team to Tudor Place in June of this year.”

The National Trust’s operations manager at Washington Old Hall, Sarah Murray, said, “Every year we enjoy the 4th of July ceremony and it is wonderful to welcome our new friends from Tudor Place in Washington DC.”

“Separated by the Atlantic Ocean, our two historic homes and gardens share many similarities, not least the lasting legacy of George Washington.”

“We are celebrating friendship and shared aspirations. The school presentations are always a highlight. To hear a fresh take on the themes of freedom and liberty can be inspiring and bring the day to life for everyone involved.”