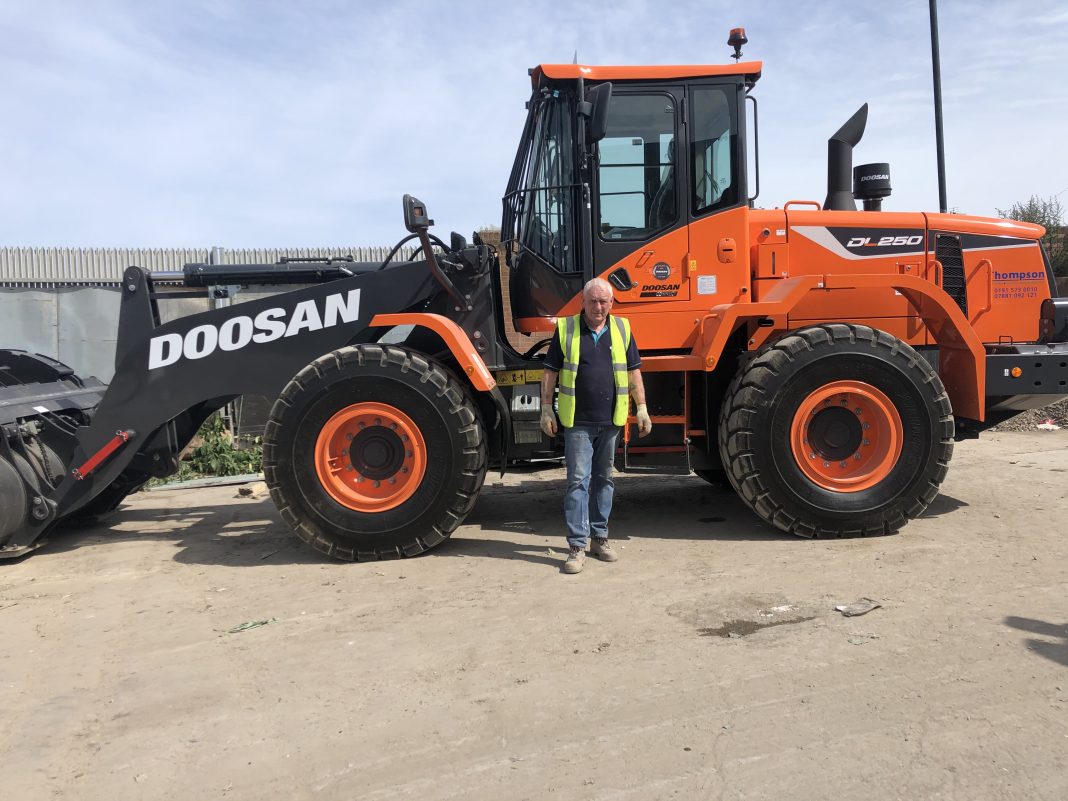 A £150,000 investment in a state-of-the-art excavator at a Sunderland waste yard is paying homage to the longest serving member of the team.

Thompson Waste Centre at The Parade, Hendon has recently purchased a Doosan DL 250 excavator, which allows the company to handle huge amounts of materials in a highly efficient and fast manner.

And the new piece of kit is now about to be named, in honour of employee Mickey Bulmer, who has been with Thompson’s for a staggering 54 years.

Mickey, 74, still works at the yard and has been the longest serving member of staff.

And to recognise his long service and loyalty, the new piece of machinery will be called Mickey and have his name painted on its side.

“Mickey came to work here for a week and has ended up staying for more than 50 years,” said Anne Ganley, owner of Thompson Waste Centre.

“He won’t even think about retiring and it’s fantastic that he’s stayed with us for such a long time.

“We name all of our vehicles after people who have a connection with the company and I can’t think of anyone more deserving than Mickey.”

The new excavator is helping the company achieve its commitment to being as environmentally friendly as possible, breaking up the waste and being able to move huge quantities relatively quickly.

“It can handle thousands of tonnes of waste,” said Anne.

“It is very high powered but consumes lower amounts of fuel so is much kinder to the environment.”

The company recycles around 97 per cent of the waste it receives and is constantly looking at new ways to lessen the amount which goes to landfill.

Among the products it is able to reuse is timber that goes to powerplants to help with energy production, bricks which are used by the construction industry and plasterboard which is used in farming.