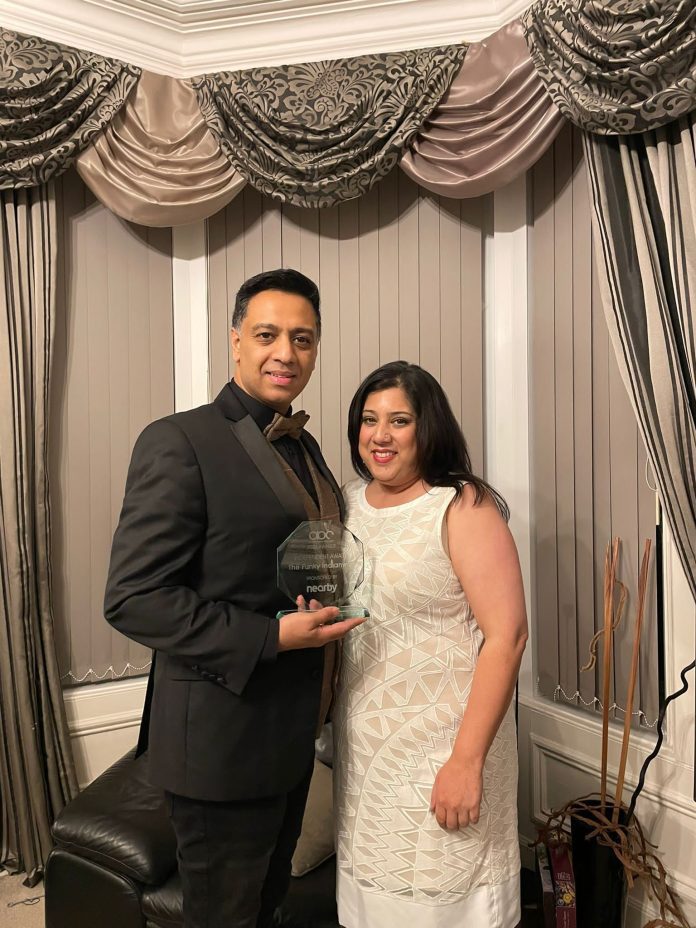 A Sunderland-based catering business has been recognised for its growth and talent, after scooping a major honour at last night’s (20 Oct) Asian Business Awards.

The Funky IndianWali, set up by husband and wife team, Kam and Nedhi Chera, received the Independent Business award at the glitzy ceremony, which took place at Newcastle’s Grand Hotel Gosforth Park.

The award is the latest in a long line of successes for the catering business which not only has its own food truck and a Funky IndianWali product range but has also put in place a number of corporate contract across the region.

The couple were the official caterer for both the mens and womens Indian national cricket teams when they played at Durham’s Riverside, as well as recently providing  food for the cast and crew of a Bollywood movie which was filmed in the region.

The Funky IndianWali has been in demand as a private caterer for number of high profile and high net worth families as well as becoming the go to Asian caterer for many of the North East’s top venues.

“This is a fantastic honour and we are delighted to have received it,” said Nedhi.

“There were so many worthy businesses nominated so we are very proud to have been recognised in this way.

“Building up the Funky IndianWali to this level has been a lot of hard work but it is paying off and we are excited about continuing to grow and to take on more clients and extend our services.”

The awards are organised by Asian Business Connexions, which aims to connect, support and promote the Asian and wider community.

Further details about The Funky IndianWali are available at www.thefunkindianwali.com