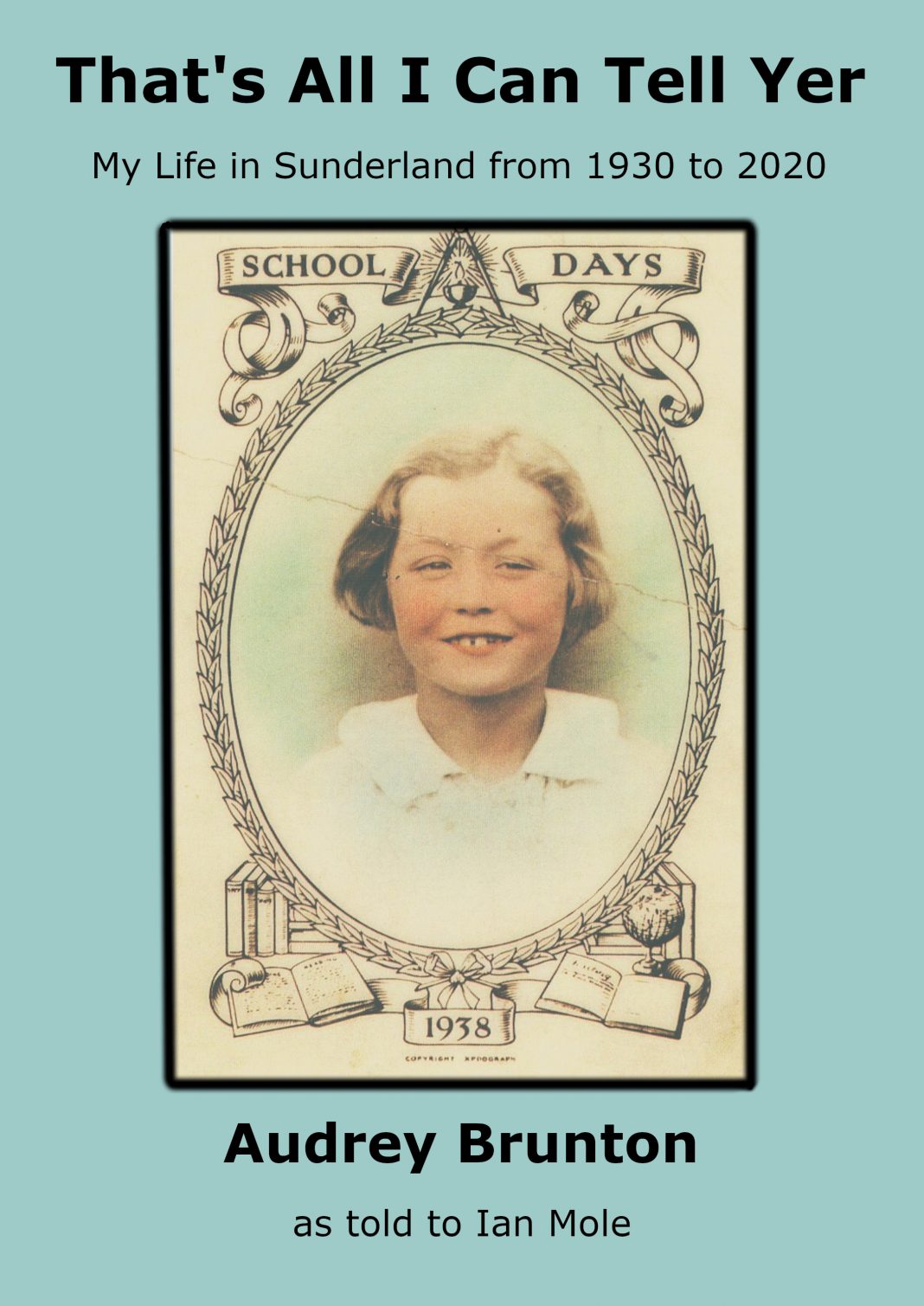 From Chapter One of Audrey Brunton’s autobiography ‘That’s All I Can Tell Yer: My Life in Sunderland from 1930 to 2020’

One day in 1912 my mam, who was aged seventeen, was looking at the blouses in the window of Liverpool House in High Street East. A nice fair-haired young man who was standing nearby and who’d been eyeing her up came over and said, “I’ll buy yer that yellow blouse.” What a chat-up line… I don’t think she took him up on his offer but they started seeing each other anyway. During their courtship they’d sometimes sit on a bench in the park and were closely chaperoned by mam’s formidable older sister Ada who sat on the next bench and announce, when she deemed their time was up, “C’mon, our Bella, we’re going home!” When they went to the cinema together, he’d buy three oranges, eat two of them and give her the worst one. At that time she was working at a large house in Roker Park Road as a Sewing Maid. She’d had all her teeth pulled out the year before without any anaesthetic and that was considered an advisable thing to do in those days. Dad never proposed to mam and he just told her that he’d put the banns in. They were married on 27th December 1913 at Chester-le-Street Registry Office. Mam’s family home had been Victor street, Monkwearmouth while dad’s was Iveston Street, Sacriston. They went to live in Shiney Row because dad worked there as a miner at the Dorothea Pit.

Their first few years together were very sad and not just because World War One started and food became very scarce. Mam had five baby boys who all died at birth or shortly afterwards. Finally my sister Elsie was born in 1920 weighing in at only 2lbs and she was kept in a box filled with cotton wool but with much care she survived and grew up to be a beautiful girl whom all the boys adored. My brother Fred followed in 1923, my sisters Evelyn and Lilian in 1926 and 1928 and me in 1930. Mainly through my mam’s hard graft on her sewing-machine making pit-hoggers (short thick work trousers) for miners and dresses and trousers for children they were able to save enough money to move to the Wheatsheaf area of Sunderland and start their two businesses, a fish and chip shop and a general dealer’s, around 1925.