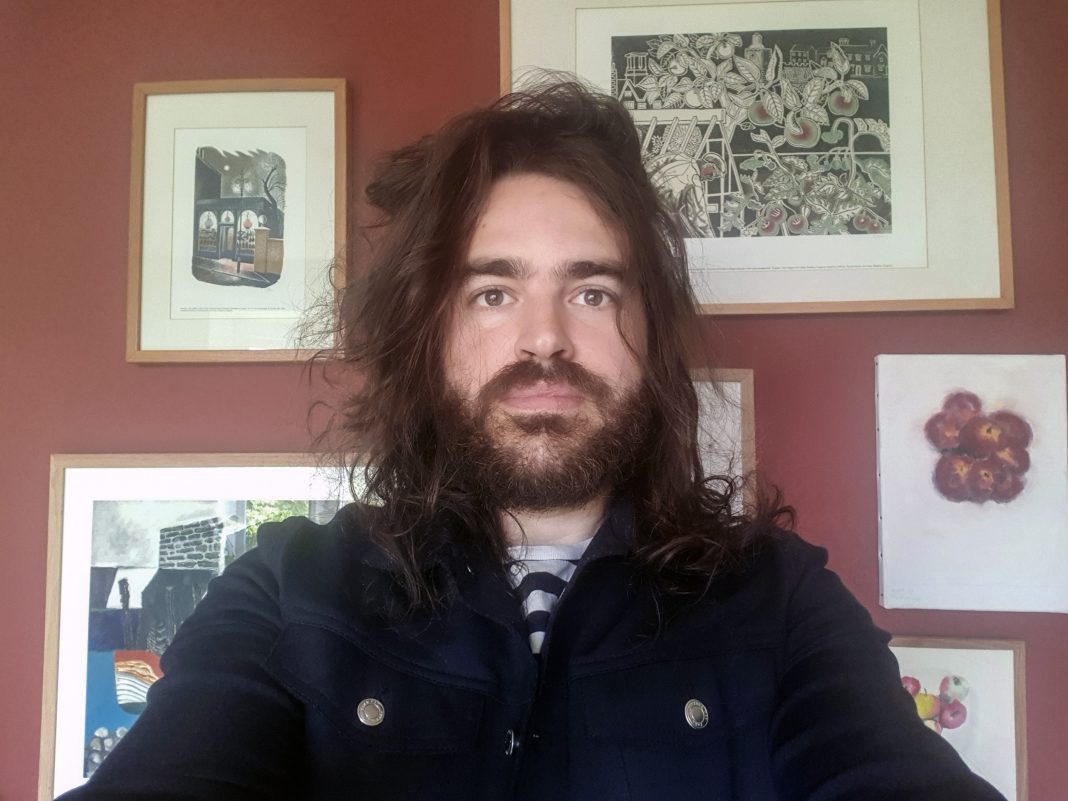 A Sunderland PhD graduate has once again offered his expertise on two gruesome crimes more than a century ago as part of the BBC One’s Murder, Mystery and My Family programme.

Dr Patrick Low, who researches 18th and 19th-century executions in the North East, will appear in the latest series of the programme (Mon 27th July 2020, at 10am) which investigates historical convictions using available sources. 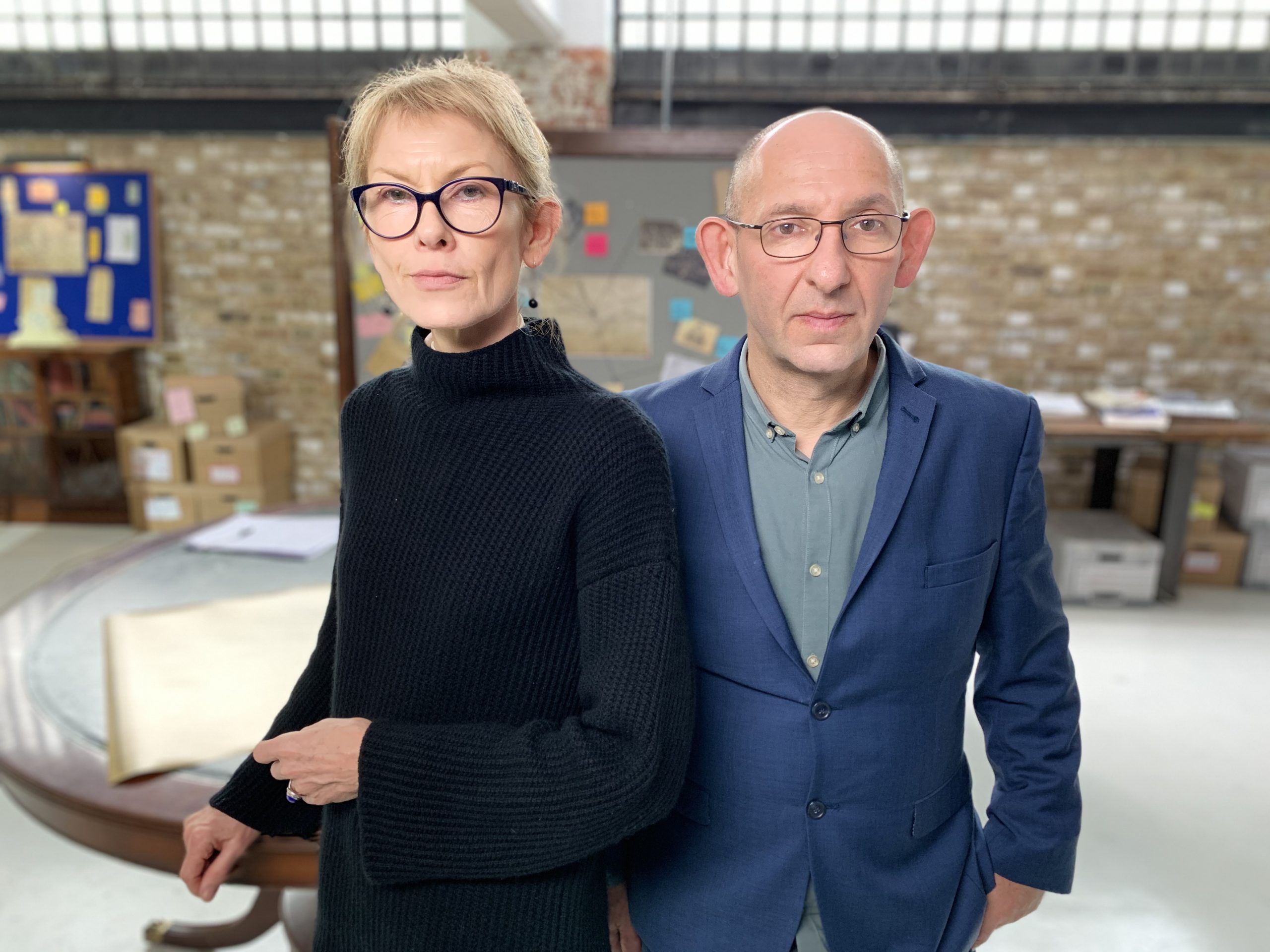 The first is the case of Durham Light Infantry solider John Stephenson Bainbridge, convicted of murdering 75-year-old solicitor’s clerk Edward Frederick Herdman, battered at his home in Bishop Auckland and his throat cut. In what became known as the “Ten-minute Alibi” case, Bainbridge protested his innocence until his death sentence at Durham Prison in May 1935. The case attracted national attention, including that of self-made millionaire Violet van der Elst, a campaigner for the abolition of Capital Punishment. The case went to the Court of Criminal Appeal, but was dismissed by the Home Secretary. Violet even offered a £350 reward for a mystery woman, who could provide an alibi for Bainbridge, but never came forward.

Patrick explained: “This was a particularly interesting case and famous because of Violet’s involvement, whose life work was campaigning against the death penalty. The execution attracted protests and Violet addressed the crowds with a megaphone. There’s visual evidence of this episode, with photos and newspaper cuttings and the focus of the campaign which took place. There was also the anonymous letter sent saying Bainbridge was innocent and said they had vital information. As part of the programme, I told the story of the day and what happened as the crowds gathered and protests took place.

The second case – The Butterknowle Tragedy, features the execution of Joseph Lowson in May 1884, for his part in the murder of police Sgt William Smith, stoned to death in Butterknowle Village, Durham. Lowson was originally sentenced to death alongside William Siddle. Joseph Hodgson, was also involved and on trial Hodgson was acquitted. Lowson was sentenced to death and hanged. However, as he was about to die, his last words were that Siddle was innocent but Hogdson had struck the first blow. Siddle would later receive a reprieve.

The case goes into detail of how spooked the executioner was during the hanging of Lowson, due to his calm demeanour, pulling the lever the wrong way and trembling more than the prisoner himself.

Patrick said: “Lowson’s family in this case were very emotional and moved by the case, and felt it was an unfair conviction. This was surprising as usually the families have no connection time wise but are interested in a general, historical sense.”

Last year Patrick made his first appearance on the show, which featured the execution of Michael Gilligan, hanged alongside William McHugh and Elizabeth Pearson at Durham Prison in 1875. Patrick met the family, and talked about the execution and gives details about the prisoners’ final moments.

Patrick was a Culture Beacon-funded PhD student at the University of Sunderland, his thesis is entitled: ‘Capital Punishment in the North East of England 1800-1878 and Post-Mortem Punishment 1752-1878.’ He has now completed his thesis and graduates this year.

In 2015, he won the ‘People’s Choice’ Award for the North East ‘3 minute thesis’ competition. He also writes a blog, and his research interests include death, burial, the newspapers and punishment.

Patrick, from Newcastle, explained: “I had been writing a lot about my research on my blog and the production team wanted to specifically show someone related to the person executed and what happens with the crime eventually, so I was covering the executions and trying to fill them in on how that happened and what an execution was like at that time.”

In the programme leading barristers Jeremy Dein and Sasha Wass re-examine the evidence to establish if a wrong conviction has been made.

Patrick’s interest in 19th-century executions in the North East, began when he first studied his BA History and Politics degree at Sheffield University, and became interested in 18th century crime and punishment.

His career took him on an entirely different path, working in television production for the BBC and various independent production companies.

However, the opportunity to reignite his interest came when scholarship funding became available at the University of Sunderland to study a PhD.

Patrick began his research in 2014, under the supervision of Professor Peter Rushton, Professor of Historical Sociology, who has also co-authored a book on 18th century crime and punishment: Rogues, Thieves and the Rule of Law. The Problem of Law Enforcement in North East England 1718-1800.

During his studies he has also worked on the University of Leicester and Wellcome Trust’s Harnessing of the Power of the Criminal Corpse project and was responsible for designing and building the projects’ website (www.criminal corpses.com)

Patrick has signed a book contract with Dr Clare Sandford-Couch and Helen Rutherford of Northumberland. It is an edited collection on 19th century execution culture. The book will be published as part of this series (https://www.routledge.com/Routledge-SOLON-Explorations-in-Crime-and-Criminal-Justice-Histories/book-series/HCCJ) due for publication later this year. Alongside his research, he also continues his own work in production for television, online and corporate outlets.

He said: “I have thoroughly enjoyed my time at Sunderland and am grateful for all the support I was given.

“Alongside the book, I would also like to incorporate my filming work with my research involving the stories of execution in the region.”

For more information go to https://www.hellow.co/

Optimism For The Future As Businesses Reopen Across Sunderland

Optimism For The Future As Businesses Reopen Across Sunderland

Joseph Christiansson - June 15, 2021
Cookies - To make this site work properly, we sometimes place small data files called cookies on your device. Most websites do this too.
Accept
Read more