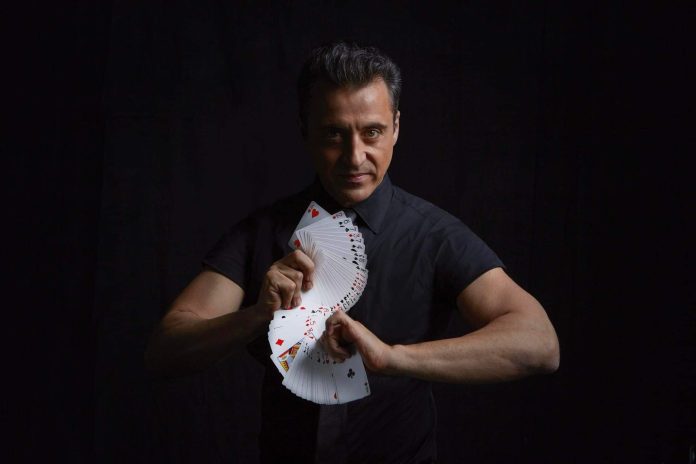 FIRE eating, illusions, sleight of hand and tricks from some of the world’s top magicians are set to wow South Shields audiences this week.

The South Tyneside Magic Festival – now in its 18th year – is returning to The Customs House from 13 to 16 October with tickets still available for the first of two, star-studded gala shows, on Friday 14.

Performers from across the UK and as far away as the USA, Portugal and Spain will be taking to the stage with everything from mentalism and close up magic, to manipulation and illusions for what promises to be a highlight of the four-day festival.

New addition Dani DaOrtiz, known for his amazing cardmanship will be appearing,

As will be American Gregory Wilson, otherwise known as ‘The Honest Conman’ will be showcasing deception and trickery skills so advanced that FBI and US Homeland security have sought out his expertise.

Also appearing will be former Britain’s Got Talent star, Alan Hudson, who was also seen on ITV’s Next Great Magician and on Penn and Teller: Fool Us, quick change artiste, Solange Cardinali and skilled card manipulator, Arkadio.

Compering the event is actor, writer, comedian and juggler Steve Royle, who will be bringing his own unique humour to the evening.

Alongside the shows which are open to the public, the festival includes a convention where professional magicians turn out in force for a series of special lectures, workshops and a trade show.

Councillor Joan Atkinson, Deputy Leader of South Tyneside Council, with responsibility for Culture, Leisure and the Visitor Economy, said the gala shows “are always a magical tour de force and this year promises to be better than ever.

“The festival has grown so much that people now come from far and wide to attend, while performers travel across the globe to South Shields to take part,” she said.

The gala show will take place in the Customs House main auditorium.

The full line-up of magicians can be seen at www.southtyneside.gov.uk/magicfestival  with tickets for Friday’s gala show – starting at £15 –  available from The Customs House at www.customshouse.co.uk