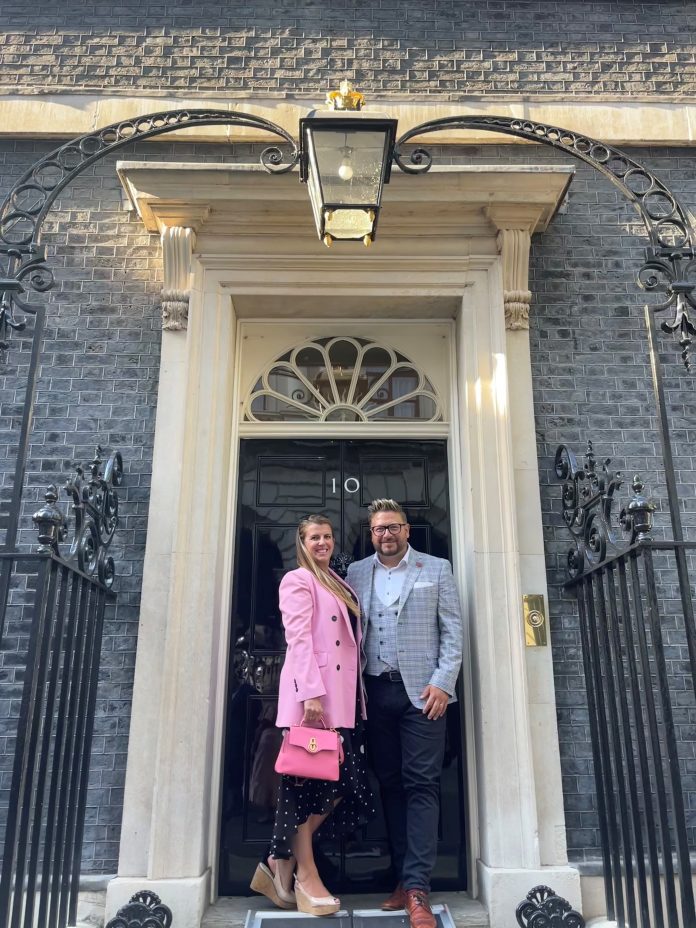 A Sunderland couple were guests of honour at a Downing Street garden party this week (9 August).

The awards are granted by the Prime Minister to ‘outstanding individuals – people who are making a change in their community across the UK and the Commonwealth.’

And this week Sergio and Emma joined other award winners at a garden party in the grounds of Number 10, where the PM said they were “the very best of Britain.”

Sergio and Emma, the 1626th and 1627th Point of Light award winners, were inspired to set up the Red Sky Foundation after their daughter’s life was saved by doctors in 2015.

To thank all those who cared for her, the couple began fundraising for the Children’s Heart Unit, holding their first Red Sky Ball a year later.

Subsequent Red Sky Balls and other fundraising events have raised close to £400,000, helping to fund two state-of-the-art echo machines for Sunderland Royal Hospital and James Cook Hospital along with a specialist organ transplant machine which keeps a donor heart healthy for longer giving surgeons more time to perform a transplant.

Their Foundation has also funded countless defibrillators across the North East and helped to secure a specialist Fontan nursing post in the region, the first of its kind in the UK.

Thanking them, the Prime Minister said: “I think you embody the spirit of service to other people, the spirit of community and I think the spirit that will get our country through the tough times and beyond in ever better shape.

Sergio said he and Emma, who gifted the PM a Red Sky Foundation cap, said they were incredibly proud and grateful to have been invited to the party.

“We had the most amazing time and the real highlight was a very humbling speech from the Prime Minster paying tribute to our fundraising efforts,” said Sergio, “and sharing the Red Sky story with him.”

Sergio, who said another highlight was meeting Larry, the Downing Street cat, also thanked “everyone who supports the Red Sky Foundation – without your support it just wouldn’t be the same.”