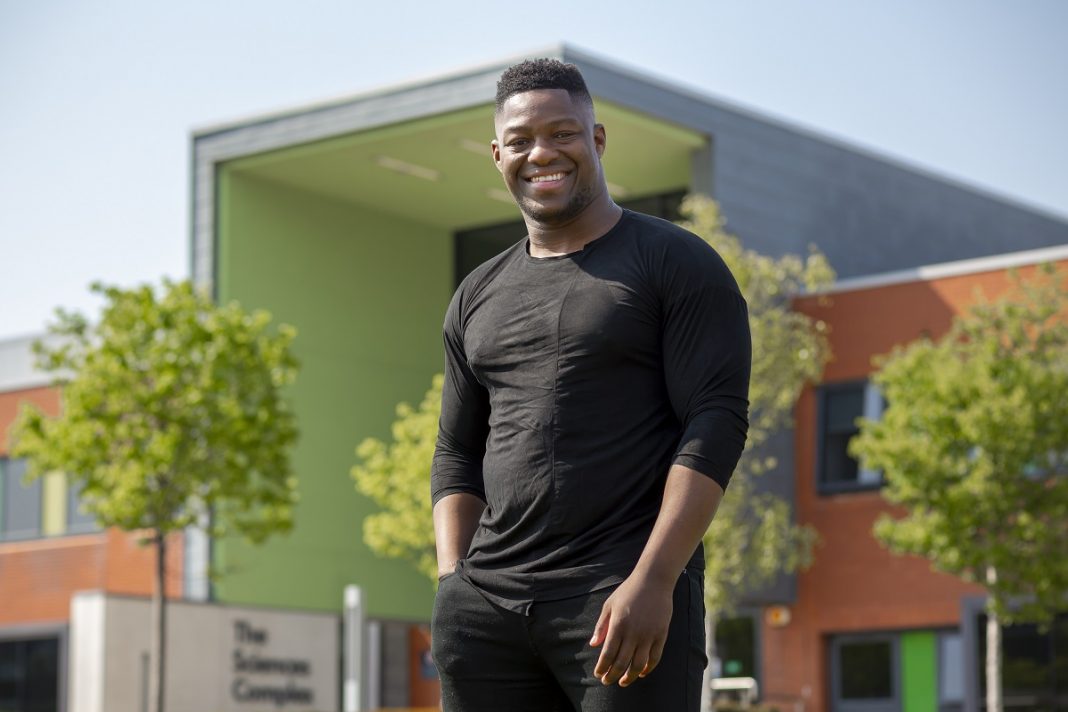 The 25-year-old University of Sunderland student is due to graduate after spending five years completing his Pharmacy degree.

And at the same time, the University’s elite athlete has just completed a move to Championship side Ealing Trailfinders.
The back row forward’s signing from Newcastle Falcons sees him join his new team for the 2020/21 season.

Today, Simon Uzokwe told how his University experience has got him ready for life, both on and off the field.
He said: “The people who I met and the experiences that I’ve had over the past few years have been incredible.
“It has been a balancing act, studying, training and playing at the same time but definitely worth it.”

Born in Manchester but raised in Ipswich, Simon first started playing during PE lessons at Ipswich School.
He soon proved a force to be reckoned with and began playing for the county before, at the age of just 14, getting picked up by Northampton Saints RFC, where he remained until he was 18.
Taking a gap year, Simon played for Ipswich Rugby Club before deciding what he was going to do when it came to picking a university.

He said: “I visited University of Sunderland during one of their open days and I really liked what they were offering when it came to pharmacy.
“My dad is a doctor, and so I had always been brought up in that medical environment and Sunderland seemed like it had everything I was looking for.”

Simon is now back living down in Ealing and, in between training with his new team, is carrying out his pre-registration pharmacy training.
He said: “Usually that’s done over one year, but because I’m playing rugby at the same time, I’m spreading it out over two years.
“I’m quite lucky because the pharmacy where I’m working is not far from the stadium.”
After initially arriving in Sunderland, Simon juggled his first few years of study with playing for Darlington Mowden Park RFC for two seasons before he grabbed the attention of the Newcastle Falcons.

So, looking back, would he change anything about his university experience?
“No, nothing. I would recommend Sunderland 100%,” Simon added. “I had a great time.”
On 8 July the University will host an online celebration for our Class of 2020, featuring our Chancellor Emeli Sandé, Vice-Chancellor Sir David Bell and our friends, supporters and alumni.
We’re inviting everyone to raise a glass to the class of 2020 at 2pm on the day – join in and support this year’s graduates.