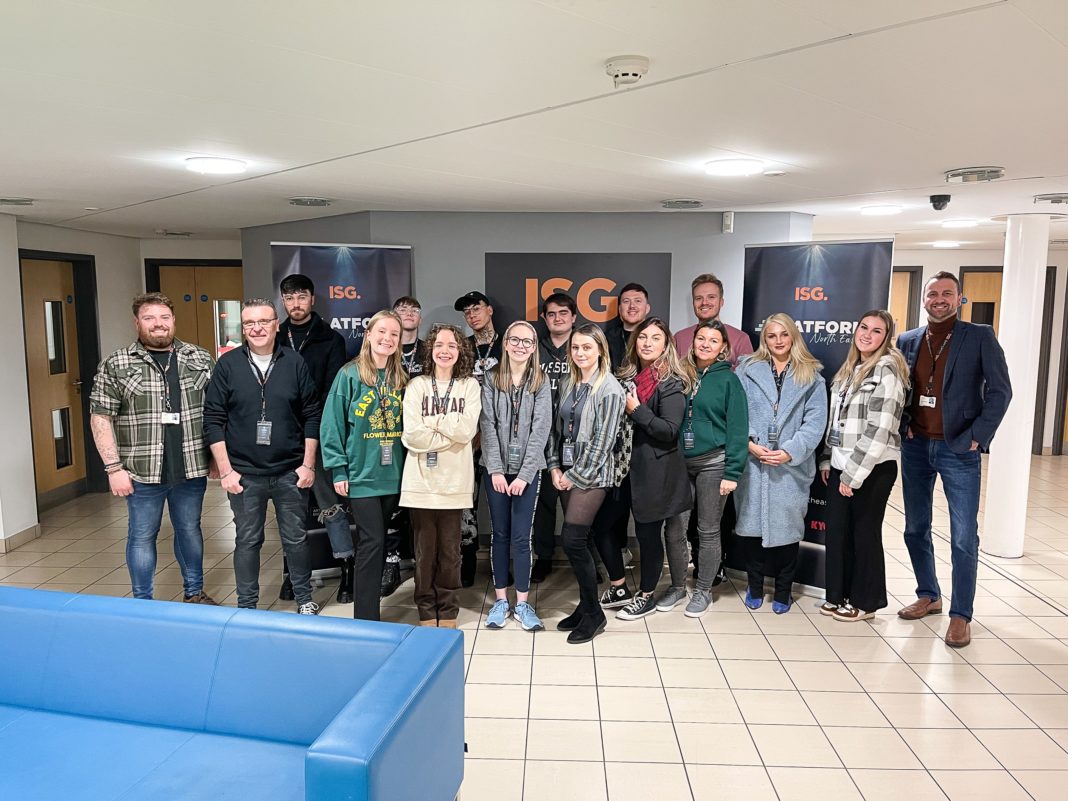 EIGHT OF the North East’s rising stars are set to release their own original music, thanks to an innovative initiative from a leading talent agency.

Throughout the course the artists learnt about building a stage presence, creating an audience, using social media and how to market themselves, while also attending workshops on song writing and vocal coaching.

And each of the acts composed and recorded an original piece of music using ISG’s in-house production team, along with producing artwork and forming a release plan to give them the best chance of success.

Those taking part in the programme included 19-year-old music student and rapper Jack Linstead from Peterlee, who ended up collaborating with two other artists during the week – 16-year-old twins Grace and Hannah Stobart from Northumberland.

“After meeting Grace and Hannah, I knew it would be great to work with them and thanks to help from ISG vocal coach Amy Swift we were able to create a harmony for part of my track, Sorrow Mind,” said Jack, who studies at East College Durham.

“This has been one of the best music experiences I’ve ever had.”

Other musicians included 21-year-old Emily Bosher – who grew up in County Durham and now studies music at Leeds Conservatoire – and 22-year-old Cam Infante who produces his own music at home in Newcastle and wanted to learn more about the production side of the industry.

26-year-old Michael T. Ogilvie, who is originally from Scotland but now lives in Newcastle, recently auditioned for ISG’s Christmas productions and joined the course to develop his original music.

The songs, which include pop, rap, Afro-Latin, dance, rap and acoustic, will be officially released on popular streaming platforms on 20 January, with pre-saves available from 17 December.

And the artists performed their original music at a Platform North East showcase event at The Point, Sunderland – attended by family and friends, representatives from Arts Council England and music industry experts.

Paul Waite, CEO of ISG, believes the programme couldn’t have got off to a better start.

“A huge amount of planning and hard work went into creating Platform North East and it was fantastic to see The ISG Hub full of activity,” he said.

“Each of the artists who took part brought something different to the table and worked tirelessly to produce something they can really be proud of – and we can’t wait for the release dates so everyone else can hear them too.

“Platform North East truly is a passion project for the whole ISG team and we are really hoping we will be able to repeat it in future so we can equip more performers with the skills needed to succeed in the music industry.”

More information about the ISG and the project can be found at www.platformnortheast.co.uk and www.istagegroup.com.