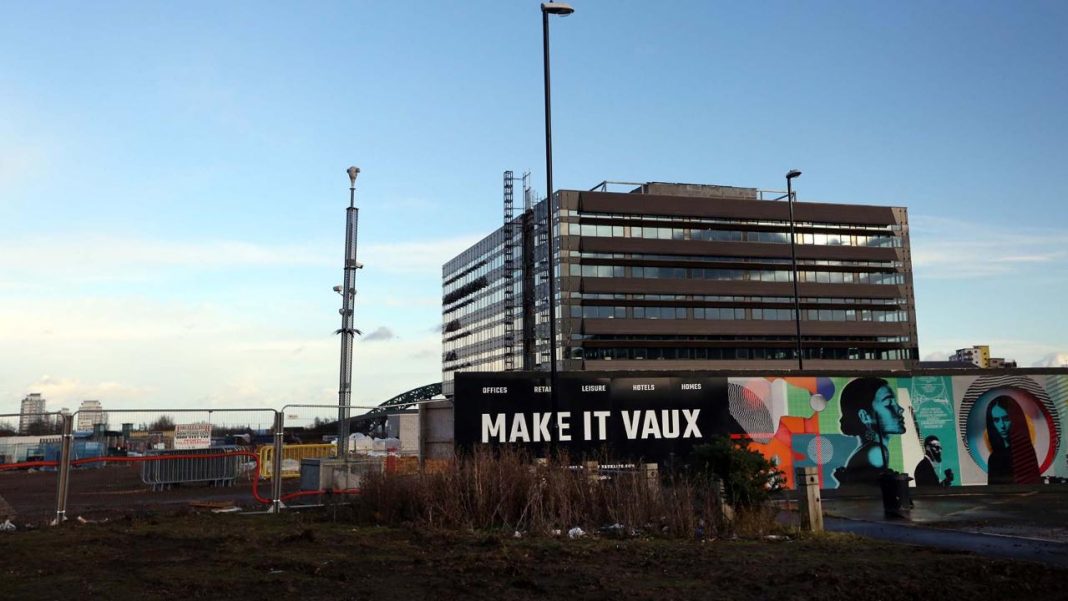 It has been a long time coming but the former Vaux Brewery site is set to get its first tenant. Online shopping giant Ocada will be the first to move in and is now poised to be responsible for the creation of hundreds of jobs in the North East. The news comes after the company signed a 15-year deal to occupy the top two floors of The Beam, the flagship building located near Sunderland’s city centre and the first building on the former Vaux site.

Senior representatives from Ocada had gone around the UK looking for a suitable place to set up, however the deal was sealed for Sunderland when they were ‘bowled over’ by the available amenities at The Beam, as well as when they considered Sunderland’s reputation as a leading customer service hub.

Yet the Ocada move almost didn’t happen as plans to renovate the entire Vaux site almost came to a halt when construction firm Carillion collapsed last year. The ChronicleLive explains that the firm’s liquidation led to the search for a new construction partner, with Sunderland City Council’s development partner Siglion, fortunately, managing to find Tolent, a firm that had already done work on a number of key schemes across the city. Having already worked on sites like the Hilton Garden in the Stadium Village and housing on the Doxford Park estate, Councillor Graeme Miller even called Tolent “the company best placed and prepared to take things forward”.

Plans for new sites at the former Vaux site now extend beyond private companies moving in. Sunderland City Council and Siglion have now submitted plans for the next two buildings to be built at the site, including a hub set to become the new council City Hall, office space, a café/restaurant and media centre. Should city cabinet approve the relocation, 1,200 council staff are expected to move to the new building.

These developments come in a long line of previous efforts to revive Sunderland’s high street in the past few years. One of the earliest efforts, for example, was when the late Sunderland City Councillor Paul Watson announced plans to create a new public space outside the city’s magistrates court in order to celebrate Sunderland’s shipbuilding and industrial heritage.

Another example was the redevelopment of the Old Fire Station made possible by a £5million-plus grant from the Heritage Lottery Fund. This isn’t the only time that projects in Sunderland have been funded by the lottery, with Galley’s Gill being revitalised thanks to a £68,600 lottery project. In fact, UK lotteries give a lot of money to projects across the country, with at least 28p from every £1 going to a good cause. With the jackpots getting higher and higher, Lottoland reports that the current Millionaire prize is worth £63 million, and this is helping fund more projects that improve communities. In light of past projects, Sunderland will likely be a beneficiary of more lottery funds in the future.

The renovated Vaux Brewery site looks set to help transform the city even more. “It’s been a long time coming, but this is the start of the Vaux site springing back to life,” said Councillor Graeme Miller, leader of Sunderland City Council. “With the latest figures showing £1.5bn being invested in the city, and £500m of that going into the city centre, this is a big step in the transformation of Sunderland as we build a more healthy, vibrant and dynamic city.”