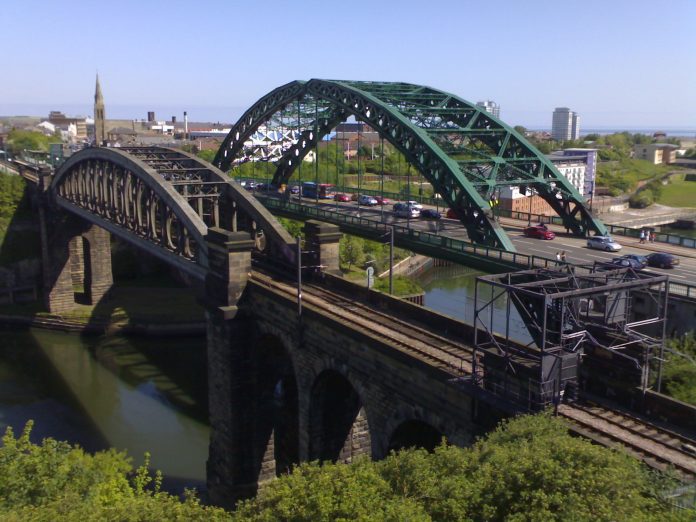 Sunderland has now officially been a city for 25 years. It was on St Valentine’s Day, 1992, that the announcement came that the Queen would confer city status on Sunderland.

The proclaiming of the UK’s 54th city was part of celebrations marking the 40th year of the Queen’s reign.

The competition for this honour was fierce, with a number of towns in contention. Even though home secretary Kenneth Baker had encouraged Sunderland’s council to bid for city status, nobody from Sunderland was taking anything for granted until the announcement was made.

It was Sunderland’s fifth try at gaining city status.

On May 20th, 1992, a delegation travelled from Sunderland down to London for an audience with the Queen. The delegation would receive the documents, known as the Letters Patent, that officially confirmed Sunderland was a city.

Later in that year, June 28th was declared City Day, which Sunderland celebrated by making all its leisure centres free of charge for the day.

“We were up on the roof of the Civic Centre and we let off a series of balloons to celebrate.”

“It was a really exciting time. We had wanted city status for many years and eventually got it.”

The last quarter of a century has seen a number of landmark events in Sunderland, such as the closing down of the Vaux Brewery, the construction of the Stadium of Light, the establishment of a new university campus, Sunderland’s Nissan factory becoming the UK’s largest car plant, and the city recording one of the country’s most significant Brexit votes on June 23rd.

“Sunderland has changed immeasurably in the last 25 years.”

“But what really makes a city are its people – it’s them and their contribution to the life of the city that I’m most proud of.”