Hundreds of thousands of people enjoyed the Sunderland Airshow this weekend.

The Airshow – held from Friday 26th to Sunday 28th July – saw a major programme of air displays along Roker and Seaburn’s award-winning seafront as well as plenty of entertainment.

The 2019 Sunderland Airshow – the 31st to be held in the city – began on Friday evening with the magical Fireflies, the always popular Battle of Britain Memorial Flight, the RAF Typhoon and – a new feature this year – the Swiss Airforce PC-7 Team.

Friday also saw live music – with a set from Scouting for Girls – and a fireworks display.

Saturday started with displays from the Royal Navy’s Wildcat Helicopter and the Bronco display team, but sadly a low cloud base meant there could be no more flying for the rest of the day.

The entertainment programme might have gone some way towards making up for this, with the Airshow seeing storming sets from Sophie Ellis Baxter and DJ Pat Sharp, who also performed on Friday.

Sunday witnessed the return of the navy’s helicopter team and saw an acrobatic display from the Blades team. There were also displays from the Strikemaster Pair, the RAF Chinook, Fireflies and the Swiss Airforce PC-7 Team.

The leader of Sunderland City Council, Cllr Graeme Miller, said, “As much as there is planned in the skies, there’s always plenty of arena sights and action, dozens of displays in the Military Village, trade and exhibition stalls, plus the huge funfair, which thousands have enjoyed.”

“Yes, like any British seaside event the weather can always be an issue and with low cloud and mist, visibility for flying hit the display programme on Saturday.”

“What we have seen though are plenty of visitors who have been patient. The public have come out in their thousands for a fantastic weekend of free, colourful and – with the aircraft that have got up and out – some very loud and spectacular entertainment.”

“On behalf of the people of Sunderland and all who visited the Airshow, I’d like to give a big thank you to everyone who helps make it happen. And thank you to all our visitors.”

“I would especially like to thank all of the military personnel who have given so much time and effort whether they’ve been in the air or helping in the ground displays.”

Cllr John Kelly, Sunderland City Council’s cabinet member for communities and culture, said, “Everyone who has been along the seafront has entered into the spirit of the launch event and got the weekend off to a really great start.”

“Once again, we’ve had lots of support from a huge number of visitors, and it’s always a pleasure to see so many people enjoying themselves.”

“Each year we deliver an impressive event that shows what Sunderland and its beautiful seafront has to offer.”

“There was a huge amount of interest and support from people, which is a trademark of Sunderland and the north east.”

“Whether they’ve been visitors or helping with the event, thanks to all.” 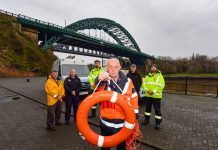 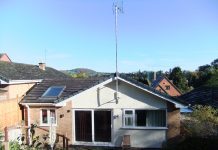 The idea of the Stars and Stripes flag fluttering

Some Strange Facts about Good Friday 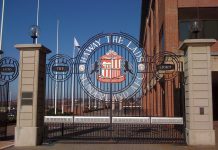 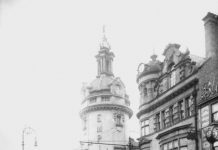 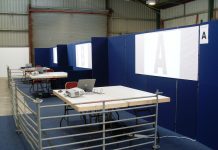 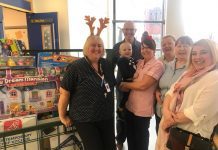 Some Strange Facts about Good Friday

ABOUT US
Sunderland Magazine publishes positive local content about the great city at the mouth of the River Wear, Sunderland. Sunderland Magazine focuses on inspiring, educational, and entertaining content. Tell Your Story. Write For Us. We love to publish locally sourced Sunderland and Wearside content from writers of all ages. We ❤️ Sunderland.
FOLLOW US
© Copyright 2020 - Sunderland Magazine - Published by Firefly New Media UK Local Magazines
MORE STORIES

EdBaker - January 27, 2020
Cookies - To make this site work properly, we sometimes place small data files called cookies on your device. Most websites do this too.
Accept
Read more