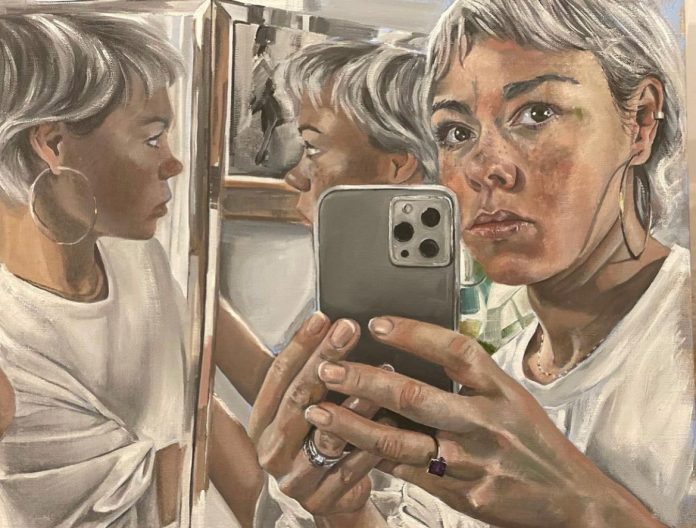 University of Sunderland graduate Leanne Pearce has landed a place in the search for Sky Arts Portrait Artist of the Year competition 2022.

This will be Leanne’s second attempt at winning the prestigious arts show after making it to the heats stage in 2017.

Leanne, 41, from Gateshead, has specialised in portraiture since early 2000, during which time she has developed a fresh and dynamic approach to capturing the likeness and character of the sitter. 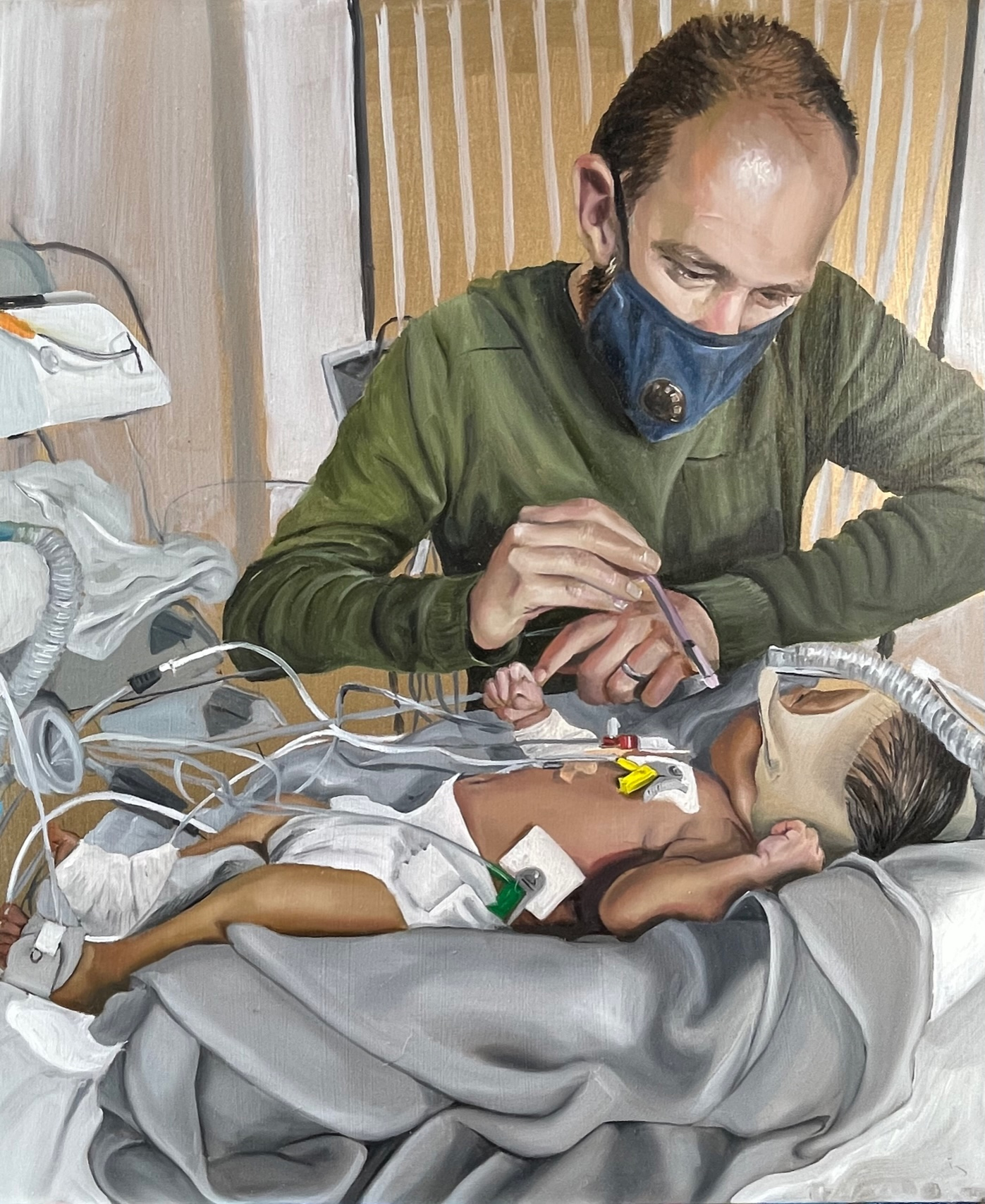 Portrait Artist of the Year 2022 will air for two months, featuring time lapse portraiture and creativity. The competition will climax with a show-stopping paint-off between the final three artists who made it to the final, with one talented artist winning the £10,000 prize and the opportunity to paint a portrait of actor and comedian Sir Lenny Henry.

Leanne had to paint a self-portrait to enter the show, which was judged in order for her to move to the next stage. Her artwork and how she progresses will be feature on November 9.

She says: “I’ve really enjoyed the experience this time around and felt I was creating much more meaningful work. When I entered in 2017, I was raising two young children, had set up a community art gallery, the Thought Foundation, and life was very busy, I couldn’t commit the time to my artwork then as much as I’d hoped.” 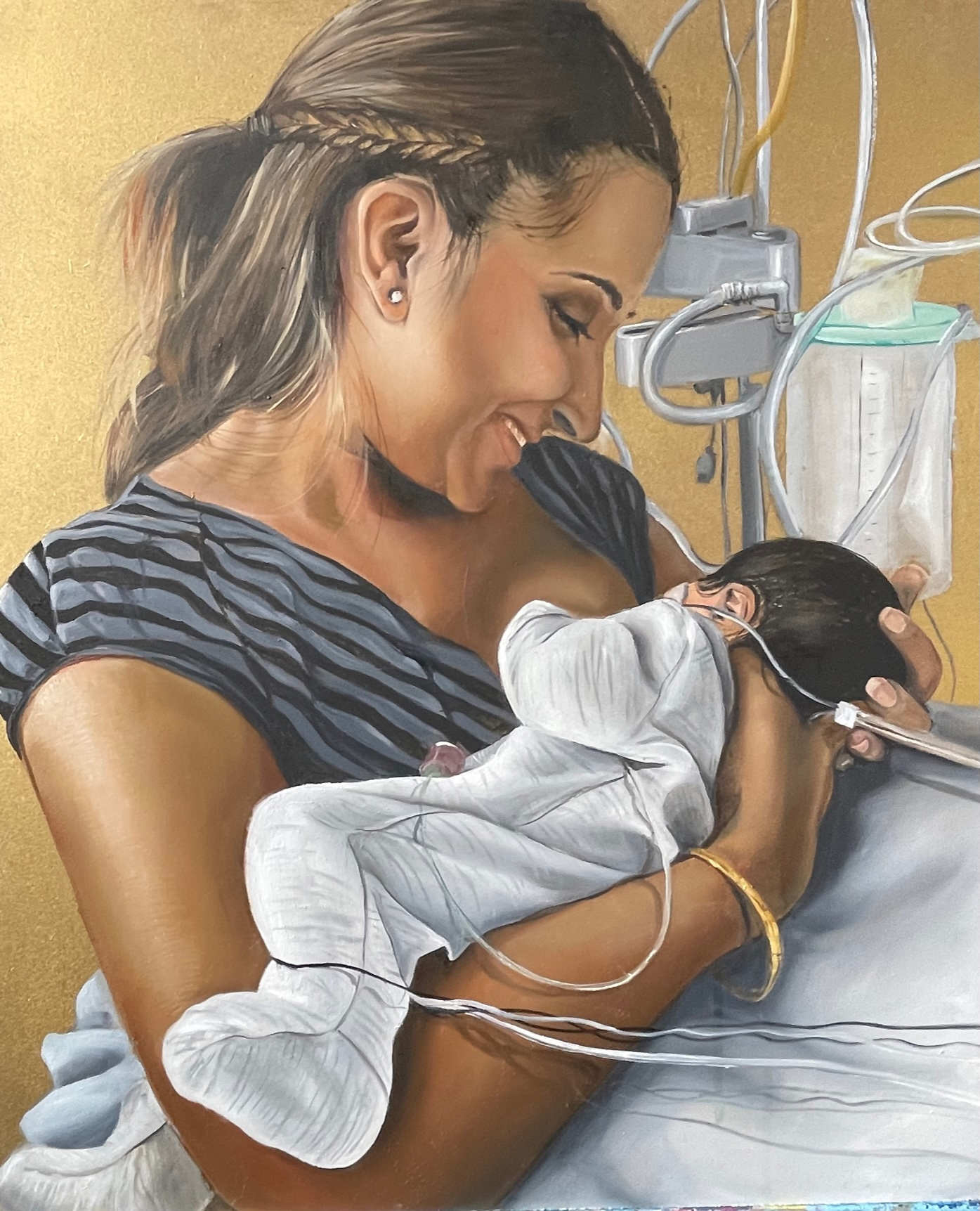 She added: “Due to the impact of the Coronavirus and lockdown, sadly we had to close the gallery, but this gave me more time to focus on my artwork.”

Leanne has been commissioned to paint many faces over the years, some of which appear regularly in the public arena. She gained a place in the semi-finals of the ITV show ‘A Brush With Fame’ in 2005 in which she painted a whole host of celebrities including Tanni Grey-Thompson and Paul Nicholas. She was also asked to capture on canvas the faces of Cheryl Tweedy and Ashley Cole for a wedding gift.

In 2006, Leanne wanted to broaden her artistic horizons when she undertook a degree in Graphic Communications at the University of Sunderland. This gave her work a new perspective and influenced her direction of travel.

The mum of two girls said: “I have a passion for creating “portraits with purpose. I also like my work to meaningful and accessible.”

In 2016, Leanne, hosted an exhibition on campus in which celebrated breastfeeding, and is a subject she continues to draw on today.

Her latest exhibition “Breastfeeding the Brave”, features portraits of mothers breastfeeding their premature babies in the neonatal units of hospitals.

The exhibition evolved from Leanne’s own personal experience of breastfeeding her two daughters, Boadicea, aged eight and Josephine, now 10. It was also created to celebrate and normalise breastfeeding with a series of powerful portraits, which attempt to capture the loving, tender relationships and growing bond between mother and child.

The mum explained: “The subject matter is a charged one and people feel passionately about it. The media are constantly focusing on negative stories which seem to forget the functional, maternal and nutritionally precious value of breastfeeding. Breasts have become sexualised and it is almost deemed abnormal to breastfeed, especially in public.

“The exhibition contributes to redressing the balance of the natural act of feeding children with their mother’s milk.”

When she started breastfeeding her first daughter, Leanne says she became passionate about the subject and reflected this in her artwork. It began with just one self-portrait of her feeding her daughter and it has since grown. 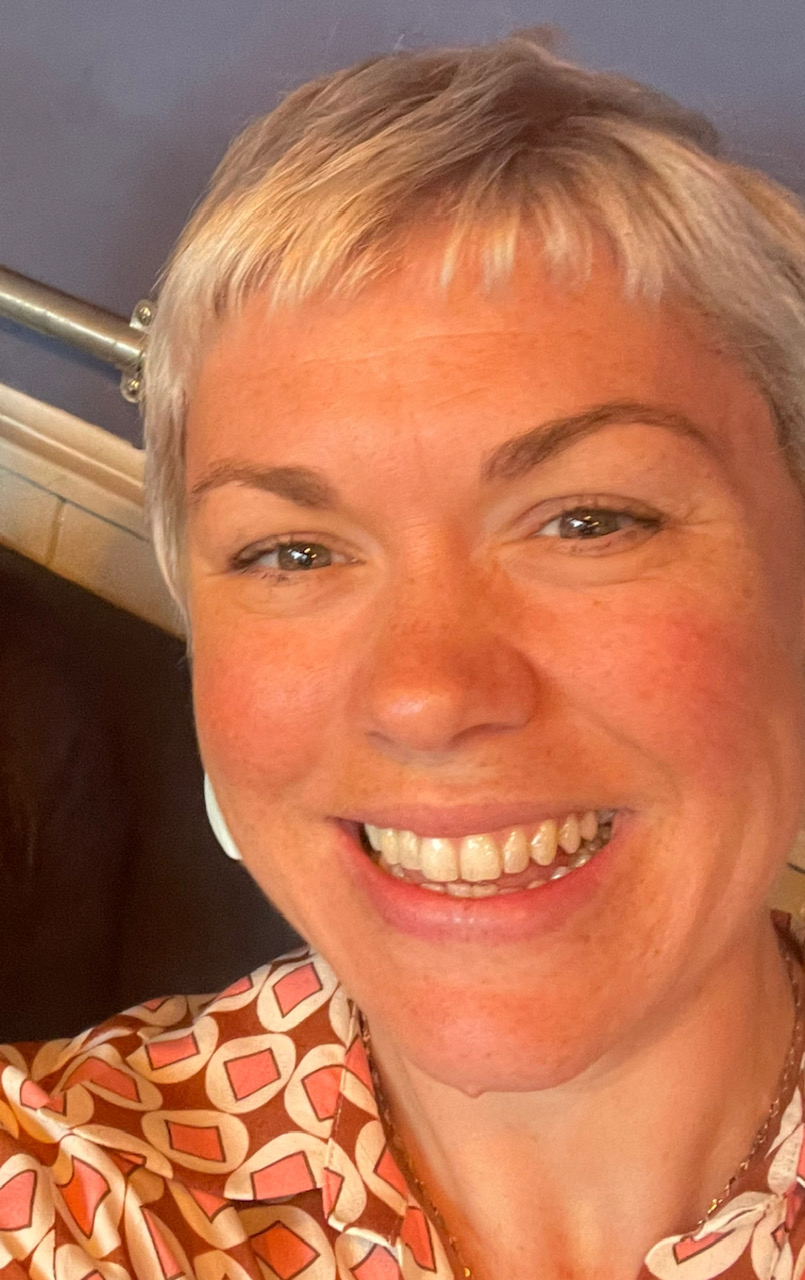 For more information about leanne’s work go to leannepearce.co.uk