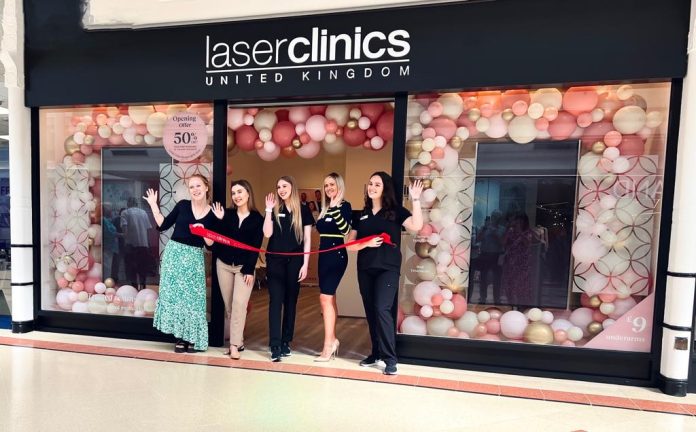 AN INTERNATIONALLY renowned aesthetics brand is beaming with delight, after its move to Sunderland has proved a sound business decision.

Laser Clinics, which has around 200 clinics in destinations as far afield as New Zealand and Singapore, is also rapidly growing across the UK.

And that includes a clinic which opened at the Bridges just two months ago – and is already proving a huge success.

Franchisee Lauren Mackenzie, who has worked in aesthetics for more than 15 years, initially opened her first branch in Newcastle, right in the heart of Northumberland Street.

And although the clinic is highly successful, Lauren revealed that Sunderland had got off to a much faster start.

“We’ve been absolutely overwhelmed by the response we’ve had in Sunderland,” said Lauren.

“It’s been far busier that we expected and people have told us that it’s fantastic to have something like this in the city centre.”

“All of our injectables are carried out by nurses,” said Lauren.

“It’s very important that our clients feel comfortable and know that the people administering the treatments are properly trained and have a full understanding of anatomy.”

Lauren has been considering a move to the city for some time and believes that the Bridges was the perfect location.

“It’s got a great reputation as a shopping centre and we thought it was a really good spot for us,” she said.

“And that’s certainly proving the case.”

Karen Eve, Centre Director at the Bridges, said she was thrilled to hear about the positive response.

“It’s fantastic for us to be able to offer these services, delivered by a company with a global reputation for its services and its standards,” she said.

“Laser Clinics has already become a huge asset to the Bridges and it just strengthens the offer that we have to encourage people in the city and to the centre.”

Free consultations can be booked at www.laserclinics.co.uk