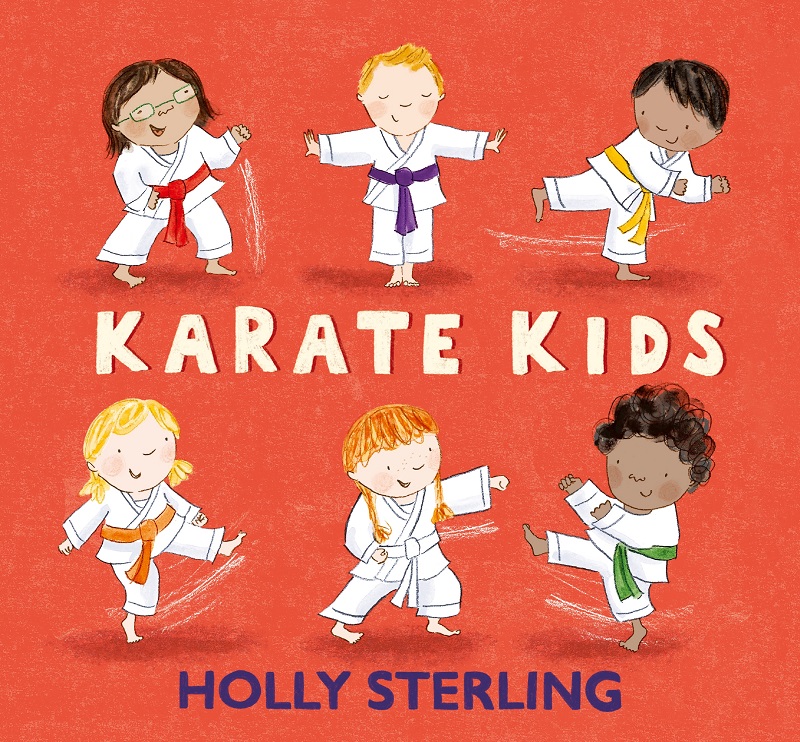 Karate Kids follows a group of children on their way to their karate lesson, and as it happens, the sport is set to make its debut at this summer’s Tokyo Olympics.

Holly said: “Having this book launch as karate makes its way to Tokyo 2020 is particularly special for me. I hope it encourages young children to get involved in the sport and aspire to become the best that they can be.”

Holly trained karate while studying between 2006 and 2009 at Sunderland, and went on to be British Universities Karate Champion on a number of occasions, having already been named the UK National Women’s Karate Champion.

A culmination of years of work in Illustration, the book draws on her own time as a karate champion, and the children she has taught over the years as an instructor at Sendai Kushiro Karate Club.

Karate superstar-in-the-making Rebecca Adie is one of Holly’s first students who started training at Dame Dorothy Primary School at just five years old. She went on to join Sendai Kushiro as a regular member and continued to work hard.

Ten years later, Rebecca has represented the country at European and world events, as well as being named a national karate champion.

Rebecca’s mum, Kay, said: “Holly has been a real mentor to Rebecca. She has been with her from that very first lesson to when she gained her black belt five years ago.

“It’s not just the fact she has helped her in training, but she is there to support Rebecca all the time; she’s been incredible.”

Ethan Brown is another of Sendai Kushiro’s young stars who has inspired Karate Kids.

Ethan was also introduced to the sport at the age of five. Now, 17, the Southmoor Academy sixth former has achieved an impressive fighting record.

Mum Anthea said: “He started competing at six and, by 13, he’d been selected for the England squad.”

In November last year, Ethan represented his country at European championships in Spain where he came away with two bronze medals.

Anthea added: “Sensei Holly and Sensei John have provided amazing support over the years, she’s always been there to offer guidance when he’s been anxious.”

The launch of the book took place at the University’s CitySpace building on Chester Road in Sunderland on Saturday. A karate demonstration was held as part of the event, while Holly spent some time reading to local schoolchildren.

Karate is proper canny because it’s a sport with rules and points, but you are allowed to hit people.

Sisters from Sunderland on the Podium in Regional Swimming Galas

Sunderland Graduate is Using Video Technology to Help His Club