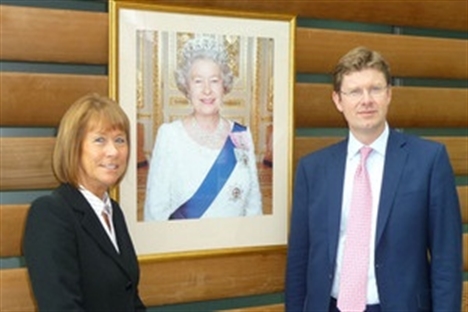 Sunderland City Council has officially appointed Irene Lucas CBE as its chief executive. Though Ms Lucas has been doing the job on an interim basis for the past twelve months, she has now signed a contract which will see her continue in the role for at least another two years.

The chief executive position – which is unelected and non-party-political – involves managing the council’s activities on a day-to-day basis.

Irene Lucas, who has spent 25 years of her career working in Sunderland, said, “I’m delighted to be staying for another two years.”

“I have a real affinity for Sunderland and I’m passionate about achieving the very best for the city and everyone who lives here.”

Ms Lucas, who received a CBE for her services to local government in 2008, started her new contract on April 1st. Sunderland City Council says her appointment will give the local authority “stability and continuity at a time of change.”

In addition to having worked for Sunderland City Council in a number of different roles, Irene Lucas has served as chief executive of South Tyneside Council.

She has also worked in Whitehall, in the Department of Communities and Local Government, where she was director general for local government and regeneration.

As chief executive of Sunderland City Council, Ms Lucas will earn £177,456 a year. This makes her the third best paid council chief in the north east though she will still earn less than Durham County Council boss Terry Collins (£185,000) and Northumberland County Council’s Steve Mason, who is on £180,000.

In addition to her chief executive role at Sunderland City Council, Ms Lucas will still find time for other employment. She will continue to perform limited duties related to positions she holds at Hays Travel and the Hays Travel Charitable Foundation.