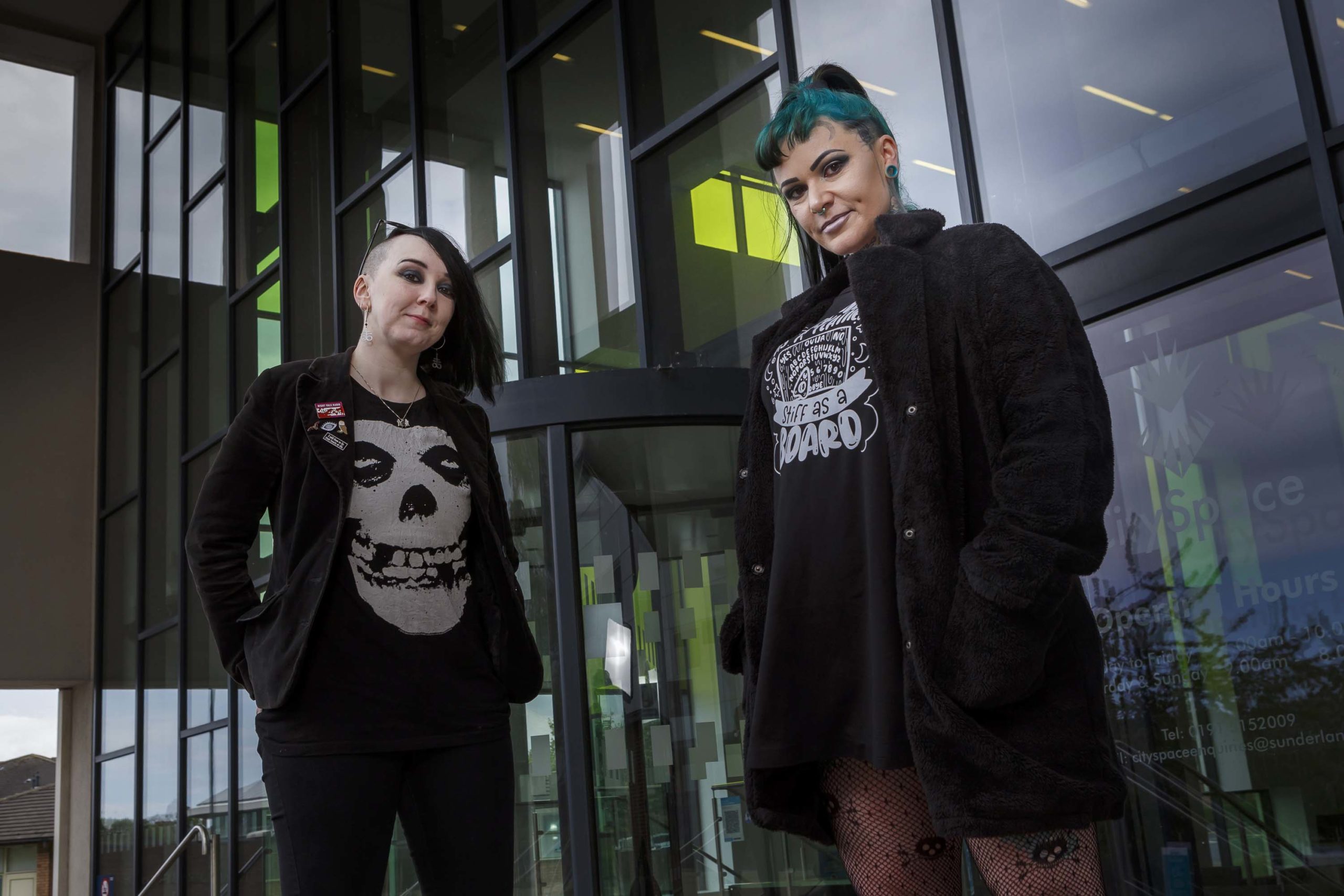 As we head towards World Goth Day (Saturday, May 22nd) two Sunderland psychologists are opening up about their own experience of prejudice and how they hope one TV soap’s current hate crime storyline will help spark a change in attitudes.

There were heartbreaking scenes in Coronation Street earlier this month, which saw Nina Lucas and Seb Franklin both brutally attacked because of Nina’s appearance, with Seb later dying in hospital.

Dr. Sophie Hodgetts and Dr. Rebecca Owens, who are both Psychology lecturers at the University of Sunderland, have welcomed the show’s hard-hitting storyline, which explores social intolerance and prejudice often suffered by the alternative community.

“It hit pretty close to home for me,” Sophie said.

“I’ve had many instances of people shouting things at me and calling me names. I’ve had people tell me it’s “surprising” that I have a PhD because I “don’t look like an academic”.

“The hardest thing that I had to deal with was being physically assaulted because of the way I look. That took me a while to overcome and it was quite traumatic.

“I think Coronation Street is doing a good job of shining a light on the relevant issues and provoking that kind of emotional reaction from viewers is often very powerful in terms of getting the message across and changing someone’s perception.”

The storyline is based on the tragic real-life murder of 20-year-old Sophie Lancaster, who was beaten to death by a gang in Lancashire in 2007 because she dressed as a goth.

Rebecca said: “Sophie and I remember very clearly when Sophie Lancaster was killed because we were involved in that subculture and experienced similar issues around prejudice as what was shown on Coronation Street.

“But there will be some people who haven’t heard of Sophie Lancaster and aren’t aware of what happened and the circumstances around that, despite the efforts of her family in keeping this in the spotlight. So, showing the world is a really good thing.”

The episodes were put together with the help of Sylvia Lancaster, who has dedicated her life to becoming an anti-hate crime campaigner following her daughter’s death.

Sylvia, who set up The Sophie Lancaster Foundation charity, said: “I know first-hand the abuse, harassment and violence that alternative people suffer.

“Hate crime is usually directed at already stigmatised and minority groups and Sophie was assaulted three times before that final, sustained and brutal attack that took her life – but she never reported the earlier assaults.

“Coronation Street covering this issue means such a huge amount to me. We want alternative people to know that they shouldn’t be putting up with this prejudice and intolerance, and they should report it.”

Coronation Street producer, Iain MacLeod, said: “This incredibly hard-hitting storyline, which centres on a senseless act of violence, will draw in characters from all corners of our narrative universe and will, we hope, leave the audience with a clear message.

“Everyone, regardless of how they look, how they dress, or any aspect of how they live their lives, should be treated with tolerance and respect.”

Originating in the UK, World Goth Day is a day when the goth culture is celebrated. It also marks an opportunity to make its presence known to the rest of the world.

Sophie and Rebecca’s message is simple, though – “just be kind”.

“People who make fun of others or judge them based on how they look ultimately comes from a place of ignorance,” Rebecca said.

“I grew up always questioning who I was and who I could be because I didn’t feel comfortable doing or wearing what was expected of me.

“As a kid, I used to get a lot of comments about how I dressed – I used to wear a lot of rock band t-shirts!

“I think the awareness of others and the support of family and friends is essential.”

Sophie added: “Everyone deserves to express themselves and be their authentic self and everyone should feel safe to do so.

“It’s a cliché but life would be very boring if we were all the same.”