A north-east production of the gothic classic Dracula is to be staged with a difference – as part of the play audiences will walk through a spooky regional landmark.

The show, directed by University of Sunderland drama graduate Kylie Archer, will take the audiences on a ‘horror tour’ of Newcastle’s famous City Keep. The keep will be transformed into a creepy ‘Dracula’s Castle’.

For three nights in late May, audiences will have the chance to watch this highly original version of the horror standard “interpreted in a unique movement-based style”.

Kylie, along with co-director Tom Hagel – a third-year Film and Media student at the University of Sunderland – needed special permission from the City of Newcastle to stage their performance in the keep.

Tom, who also stars in the show as main character Jonathon Harker, said the decision to stage the play in such an unusual location presented some challenges. 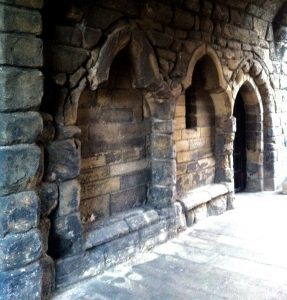 Tom said, “We obviously had to adapt things to make sure the scenes fitted within the rooms of the keep.”

“When the audience is moving from room to room, there will be some lighting to make sure they do so safely; the lights will go out when they are static.”

“This is the first walk-through style play we have put on and we have had to take a lot more things into consideration compared to a seated production.”

The play is being put on by the Broken Mask Company, which was formed when Kylie and Tom met at the University of Sunderland.

Kylie, who graduated from the university last year, said, “Dracula is a beautiful piece of gothic horror and, from a director’s point of view, doing it in this style has proved a challenge – but one we have really enjoyed.”

The play will include ten cast members and will be performed between 6.30 pm and 10.00 pm each night. The production is being supported by the University of Sunderland’s Enterprise Place scheme.

Dracula will be performed at Newcastle’s City Keep between Wednesday 23rd May and Saturday 26th May. To learn more or purchase tickets, please go to https://www.eventbrite.com/e/dracula-tickets-45433964210?aff=es2.

(The image showing the gothic Black Gate of Newcastle City Keep is courtesy of Alistair Patterson, from Flickr Creative Commons.)